Former Chiltern Railways managing director has died at the age of 74 after a battle with motor neurone disease. 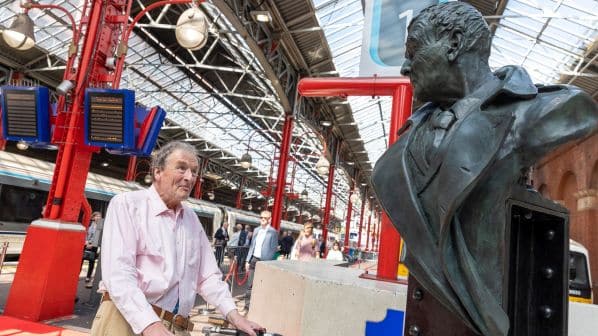 BRITAIN’s rail industry is mourning the passing of Mr Adrian Shooter CBE, who died at the age of 74 on December 13 having suffered from motor neurone disease.

Best known for leading the newly privatised Chiltern Railways between 1996 and 2011, and for founding rolling stock supplier Vivarail  in 2012, Shooter first joined British Rail (BR) in 1970 at the age of 22

In the mid-1970s he became a maintenance engineer at Bletchley, then depot manager at Heaton, Newcastle-upon-Tyne, before moving to Carlisle as area maintenance engineer. After subsequently returning to southern England to work at Bournemouth and Selhurst, he then became area manager at London St Pancras and was involved in setting up Red Star Parcels and Rail Express Systems for British Rail.

As privatisation of BR gathered pace in the 1990s, Shooter headed up the M40 Trains management buyout that was awarded the Chiltern Railways franchise of which he was first managing director and later chairman. He was credited with doubling passenger numbers through the innovative train service and infrastructure initiatives he introduced. Following the sale of Chiltern first to John Laing Group and then acquisition of the latter by German Rail (DB) in 2008, he became chairman of DB Regio UK, later Arriva Trains.

From 2001 to 2011 Shooter was a director of the Association of Train Operating Companies and served as its chairman in 2007.

In 2012 he founded Vivarail, a company specialising in the purchase of former London Underground D78 trains and rebuilding them into DMUs and EMUs for main line operation. The aim in producing the class 230 trains was to provide modern, affordable trains given the slow pace of electrification in Britain. Subsequently moving into the field of battery electric trains, Vivarail has recently gone into administration.

In 2016 Shooter delivered the annual railway lecture to the Institution of Engineering and Technology on "Innovation and Realism" and honours he received included honorary doctorates from the universities of Staffordshire and Birmingham, a CBE for services to the rail industry in the 2010 New Year Honours list, a statue unveiled at London Marylebone station in 2021, and in November 2022 a Japanese Foreign Minister’s Commendation for work on rail safety and establishing the UK–Japan Railways exchange programme in 1993.

A lifelong railway enthusiast, Shooter also owned and restored the only 610mm-gauge Darjeeling Himalayan Railway B-class steam locomotive to return to Britain from India and built the Beeches Light Railway around the garden of his Oxfordshire home on which to run it.