Stadler Flirt for Greater Anglia on test at Velim

DYNAMIC testing of one of the first Stadler Flirt UK multiple units for British operator Abellio Greater Anglia began on the VUZ Velim test track in the Czech Republic at the end of August. 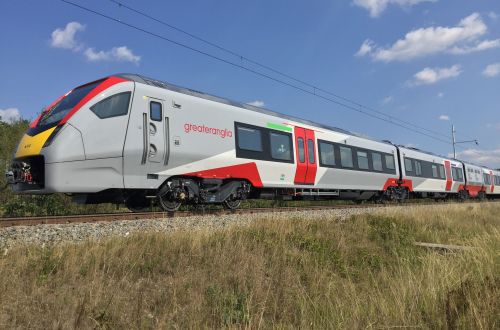 The first train to arrive at Velim is a four-car class 755/4 set (No. 755404) and Stadler says the three- and 12-car variants will also visit the Czech facility over the next four months. Testing of the trains began at Stadler’s test centre in Erlen, Switzerland, in May. In addition to these locations, tests will also be carried out at Faurei in Romania and Halle in Germany.

Stadler says testing trains simultaneously at several locations with different specialisms means production can be carried out as efficiently as possible.