Construction on new high-speed lines on course to commence in 2025. 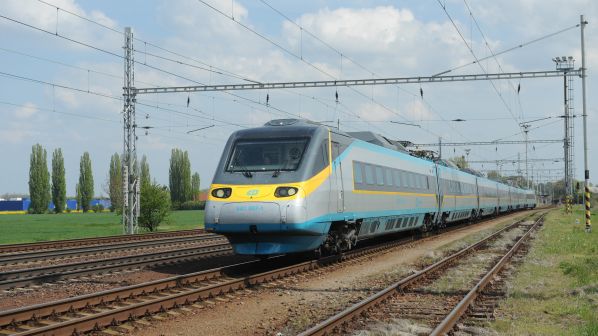 CZECH rail infrastructure manager Správa Železnic (SŽ) has presented an update on work to prepare for construction of several high-speed lines in the Czech Republic.

The plans include lines to Dresden in Germany and to connect with the Slovak and Polish rail networks to offer much faster connections between Prague and cities such as Bratislava and Wroclaw. SŽ describes its work as the “pre-investment phase” of the entire programme, with construction on the first sections expected to start in 2025.

SŽ is planning a north-south high-speed corridor from the German border linking Usti nad Labem to Brno in the south of the country with major new stations serving Prague and Jihlava. The network, which will be built in phases, will serve around 5.5 million people, roughly half of the Czech population. When complete 130,000 passengers are forecast to use the network every day.

The section north of Prague will feature two long tunnels including the Krušnohorský Tunnel under the German border. Two additional high-speed routes will branch east; one from near Prague towards Hradec Kralove and east to the border with Poland, while the other will run from Brno east to Ostrava. High-speed services to other major cities will be possible via connections to existing main lines. The new lines will be double track for maximum speeds of 320km/h using ETCS Level 2 and designed as passenger only with gradients of up to 3.5%.

Planning for the new lines has been undertaken in three phases. The first ‘strategic phase’ was undertaken between 2014 and 2018, which confirmed the need for and the basic outline of the new routes. The current ‘pre-investment phase,’ which will conclude around 2023, includes detailed feasibility studies and public consultation with actual and planned approvals by the Czech Ministry of Transport as follows:

Preparatory work is also underway for the other planned network sections for completion in 2022-23. Once feasibility work is complete this will lead to outline planning approval enabling the final stage - construction management planning - to be undertaken in 2023-2025 leading to the issue of building permits for construction to begin from 2025.

Construction work is planned to take place between 2025 and 2050 with around Koruna 15bn ($US 690m) spent every year on construction or planning during that period. The first sections of new railway are forecast to open in 2028.

Initial work to enhance capacity in the Prague area has already commenced with a new four-track section designed for 120km/h replacing an older, slower double-track line between Prague Vršovice and Hostivař in the city’s southeastern suburbs in December 2020. Plans for Prague’s new high-speed hub - provisionally known as Prague East - have been developed and the winner of the architectural competition to design the new station announced. The planned station will act as a parkway style station with parking for 3000 cars.

The project will not only increase rail capacity and speed up journeys but also act as an economic stimulus for some parts of the country by improving access to employment and other opportunities.

For example, the town of Jihlava, which is located close to the planned Prague - Brno route, and lies roughly half-way between the two cities, will benefit from a new out-of-town parkway station, which will offer a 37-minute journey to Prague and under 30 minutes to Brno. Current journey times are around 3 hours to Prague and 2 hours to Brno.