Agreement signed for next stage of Talgo’s hydrogen train project. 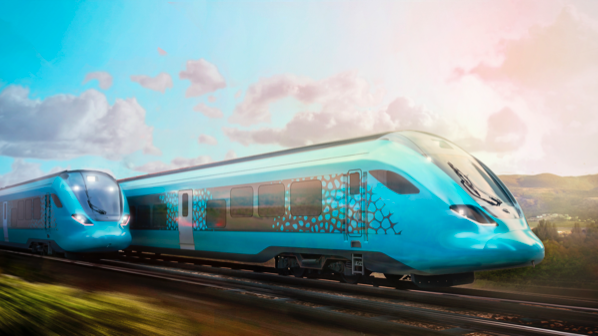 SPANISH train builder Talgo has signed an agreement with Repsol to promote a hydrogen-powered train in the Iberian Peninsula.

Repsol is one of Spain’s leading producers of hydrogen and operates the largest hydrogen plant in Europe.

Talgo has already begun developing a hydrogen train, the Vittal One, which is due to begin testing in 2023. This is a modular dual-mode design for medium-distance and commuter routes powered by hydrogen fuel cells.

Talgo will design, construct and commission the trains while Repsol will supply its renewable hydrogen generation infrastructure and logistics to supply the vehicles. Two lines are earmarked to use hydrogen-powered commercial trains by 2030 as agreed by the Spanish government last October as part of the Hydrogen Roadmap.

Talgo is also working with Petronor and Repsol on the Basque Hydrogen Corridor initiative launched in February that brings together 128 companies.