Speed restrictions on the line have restricted freight and passenger train operation for months. 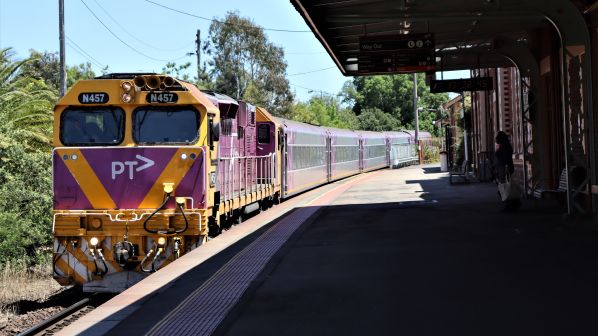 WORK to upgrade the North East freight and passenger line between Melbourne and Albury-Wodonga on the NSW border has been completed at a cost of $A 235m ($US 179m).

The line has been dogged by issues with drainage which resulted in speed restrictions, delays and cancellations of rail services for many months.

The work, carried out by Australian Rail Track Corporation (ARTC) and its contractor John Holland, started in 2020 and involved tamping, mud hole removal works, and drainage reinstatement along 300km of track as well as upgrading work on 50 bridges. Turnouts at Seymour and Violet Town were also renewed to improve ride quality and cut delays. More than 80 level crossings were also renewed.

The North East Rail Line, which carries about 1800 passengers on 10 trains per day as well as freight, forms part of the main line link between Melbourne and Sydney.

Work to convert the line from broad gauge to standard gauge was completed in 2010. However, NSW operator CountryLink decided to terminate all Sydney - Melbourne XPTs at Albury shortly afterwards for an indefinite length of time due to defects in the newly re-sleepered track. “Mud holes” resulted in speed restrictions on more than 200km of the line, adding an extra 1h 30min to the journey time.