ALLRAIL believes that night trains can make a great comeback in Europe, for example as an environmentally friendly alternative to late night and early morning flights, provided there is fair treatment for all operators. 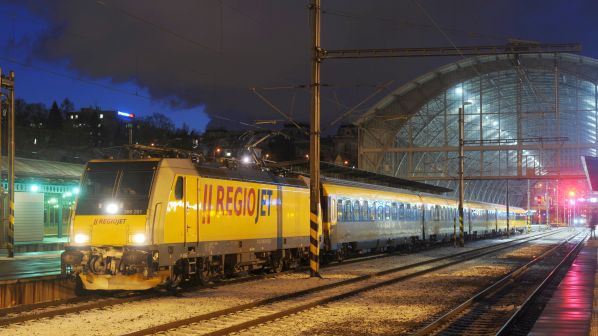 Three initiatives in recent weeks show how privately-owned operators are contributing to this in a significant way. However, we are also witnessing state-owned rail incumbents colluding to build up an EU-wide cartel, financed by directly awarded taxpayer money. Not only is this a very inefficient use of funds, but it will result in night train services being introduced according to the needs of the operators rather than the needs of passengers.

The European Union’s (EU) Green Deal will not be achieved without structural modal shift to rail. But it is clear that modal shift to rail will not be realised without a proper competitive framework that allows private investment and innovation to thrive. Full and transparent market opening is the most efficient way to achieve the comeback of night trains in Europe - not reverting to the failed monopolies of the past.

Night trains must be an attractive alternative to driving and flying, especially in the recovery period after Covid-19. There has been real momentum recently with three examples of privately-funded operators making a big contribution to their revival.

On June 16, Snälltåget announced that in 2021 it will operate its night trains between Sweden and Germany via Denmark for the first time. Furthermore, it plans to quadruple the number of night train departures compared with 2019.

Only 10 days later, Snälltåget also announced a new direct night train service between Sweden, Denmark and several ski resorts in Austria to provide an alternative to air and private car travel for holidaymakers.

Last weekend, the new Alpine-Sylt Night Express began operating between Sylt in northern Germany and Salzburg, Austria. Originally planned to run for only two months, demand has been so high that the operator will now extend its offering until November.

But there is a big risk to this success. Unfortunately, political stakeholders are being told a different story: namely that night trains can only be operated by providing preferential subsidy to state-owned rail incumbents.

After all this is already the case in Austria, where Austrian Federal Railways’ (ÖBB) Nightjet operation receives directly awarded subsidy for all services passing through Austria - which is not available to other night train operators. The Dutch government also proposes a direct award to ÖBB.

Alas, with preferential access to taxpayer funds, it becomes a vicious circle: ÖBB is then the only operator able to afford new sleeping cars, leading to even more direct awards.

Furthermore, incumbents are seeking to collude. In its recent night train report, Danish State Railways (DSB) admitted it has been in exclusive talks with ÖBB Nightjet. DSB also says it has been talking with both the Swedish infrastructure manager Trafikverket and the Danish Transport Ministry, proposing a taxpayer subsidised night train between Sweden, Denmark and Germany. Presumably DSB and ÖBB are lobbying for this to be directly awarded to them as well.

There are other worrying points in DSB’s night train report. DSB states that it has been in dialogue with ÖBB Nightjet for a while, which is no surprise. The report also states that there is no workshop capacity available in the short-term to handle night trains in either Malmö or Copenhagen as the depots are “too short.” However, DSB also states that, according to ÖBB Nightjet, there is workshop capacity available in the Cologne area.

Meanwhile, Trafikverket proposed a night train to Cologne in its initial report on night trains earlier this year, which appears to be too much of a coincidence.

Therefore, the suspicion arises that Trafikverket is planning a night train that suits the needs of ÖBB Nightjet rather than those of passengers.

If ÖBB Nightjet, in collusion with DSB and other incumbents, then receives a directly awarded subsidy for this, Swedish and Danish taxpayers would be helping to build-up ÖBB’s market dominance in night trains across Europe.

Ultimately, the DSB approach makes little sense because Snälltåget will soon be operating a non-subsidised night train linking Sweden, Denmark and Germany. But if lobbying by DSB and ÖBB Nightjet succeeds, the competitive situation for other night train operators will become much worse - who will be able to compete against the taxpayer?

Europe must avoid the closure of the night train market. However, if incumbents are allowed to collude and receive directly awarded subsidies, then Europe faces a night train cartel, funded by the taxpayer. Politicians must be clear: the night train market will be effectively closed for a very long time. This would run contrary to the goals of the Single EU rail market, which is madness when a clear and efficient alternative model already exists.

The success of the EU Green Deal depends on modal shift to rail. In turn, this will not be realised without a competitive framework that allows private investment and passenger-driven innovation to thrive. This applies to night trains as well.

It is understandable if governments might want to spend money on encouraging new night services. But they should do so in a manner that is fair to all night train operators by:

Under these conditions, innovators like RegioJet and Snälltåget will grow in number, bringing better quality, lower prices and securing the revival of night trains in Europe. IRJ