GIVE Mr Wick Moorman, CEO of US Class 1 railway Norfolk Southern, due recognition for his courage to be contrary. Moorman rang the closing bell at the New York Stock Exchange (NYSE) on June 5, marking 30 years of the NS ticker symbol NSC appearing on the NYSE. 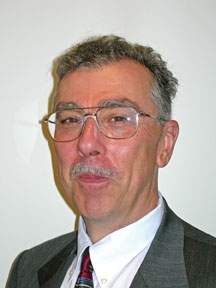 But more importantly, he offered a measured viewpoint on the current slump in coal traffic and its effect on Class 1 railways in general, as well as NS in particular.

Moorman intimated that while coal is important, and any volume slump is worth monitoring, the commodity might not be the be-all and end-all for the industry's health or its future, which is certainly not conventional wisdom and to some people borderline heresy.

"Coal is such an important part of our business that it obviously gets a lot of focus, but I do tend to think that today people are probably looking a little too hard at coal and not seeing all of the other good things that are going on," says Moorman.

For old-time railwaymen wedded to the "king coal" slogan, this might be seen as a radical shift in thinking. But the industry's 2012 first-quarter earnings numbers were suggesting this kind of de-linkage, something most Wall Street analysts appear to have ignored, or simply dismissed, as a fluke.

Moorman's public pronouncement deserves high praise. It is a bold stance which, if nothing else, should get people thinking because it's bad fiscal policy for any industry or business to put too many eggs in one basket.

The coal card was understandable prior to the Staggers Act which deregulated US railways, when strictly playing defence at least was defensible and coal was the decisive advantage for over-regulated railways. But it's a questionable strategy as a standalone measure now that railways have come roaring back, competing for a wider range of commodities by price, ride quality, and marketing efforts, and sometimes competing over shorter distances, at that.

Actively exploring ways to reduce coal's dominance may seem sacrilege. But it's not a negative. It's sound strategy, regardless of the surprises of export trade, balance of payments, environmental rulings, or climate fluctuations.

No one is saying US railways should walk away from coal; it is a mainstay, and should remain so far into the future. And no one can move coal the way a railway can. But that doesn't mean other market opportunities should be ignored or accepted passively. It's a new railway age. Diversification offers quite a lucrative payback. Railways big and small have seen this as they pursue all those natural gas opportunities arising.

But now a Class 1 CEO has had the courage to say so. Let's hope that Moorman's clarion call on June 5 rang more than one bell, reaching far beyond New York or the New York Stock Exchange.