Rail has a good story - now go and tell it

IN a presentation at Bentley’s Year in Infrastructure (YII) conference in Singapore on October 24, Virgin Hyperloop One Middle East and India managing director, Mr Harj Dhaliwal, proudly declared that engineers had left jobs at Nasa, Google and Waymo to join the start-up. “We have some of the most talented engineers in the world working for us today,” he said. 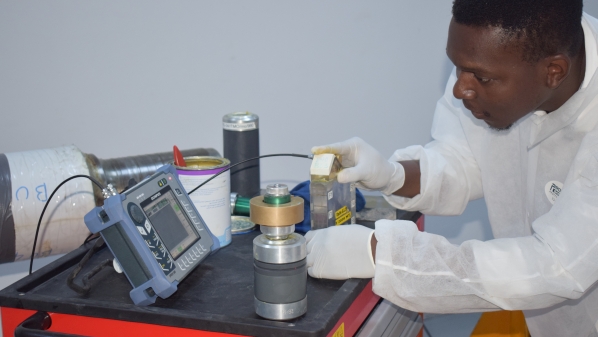 While a coup for Virgin Hyperloop One, Dhaliwal’s statement left me wondering what the rail industry can do to realistically compete with such companies in a ferocious marketplace for talent.

Recruitment is a major issue for the rail industry and is a regularly repeated story on the pages of IRJ. German Rail (DB) alone is facing the daunting prospect of 55,000 of its global workforce of 331,600, or 16.5%, retiring in the next 10 years. As well as people, this is a considerable amount of experience that the railway is set to lose, which DB is attempting to address.

Throwing money at talent is an obvious answer and can work for the supply sector. However, for state-owned railways and infrastructure managers this is unrealistic. Instead rail can and must do more to inspire the next generation.

This is Hyperloop One’s approach. Developing the fifth mode of transport certainly captures the imagination. Recognisable financial backers including Sir Richard Branson, positive rhetoric, and slick PR always impresses a crowd at a conference, and regularly draws attention from the mainstream press. It is no doubt the same at recruitment fairs.

The company is also engaging in initiatives to connect with high school students. One of the highlight presentations at YII was from Class of Your Own, which promotes infrastructure engineering as a career to young people and recently ran a competition, in cooperation with Virgin Hyperloop One, for teams from British high schools to design a future hyperloop station in Singapore.

The winning team from Drummond Community High School, Edinburgh, was in attendance and presented their winning design. The students revealed that the contest had opened their eyes to the opportunities in infrastructure engineering and is influencing their choices for university.

While very impressive, I was a little disappointed that the teams developed a hyperloop and not a railway station. These are exactly the kind of talented young people with whom the rail sector should be engaging.

The recruitment issue was regularly brought up during many of the plenary and focus sessions at the World Congress on Railway Research (WCRR), which I attended on the next leg of my Asian trip.

However, the answers to these questions did provide some reassurance that the industry is tackling the problem.

Mr Maurizio Manfellotto, CEO of Hitachi Rail Italy, said the company is on the verge of establishing an integrated school for Hitachi apprentices in London, Tokyo and Italy. Mr Jürgen Schlaht, head of innovation management at Siemens, similarly said the firm has a strong relationship with Aachen University, and Mr Jay Monaco, vice president for global engineering at Amsted Rail, says the company’s university internship schemes are a big success.

Monaco added that Amsted’s diversification into areas such as telematics is also aiding recruitment. He revealed that many of these engineers are subsequently enthused by the heavy engineering work taking place at the company, which they may not have experienced otherwise.

Monaco said one of the major issues the company faces with its new recruits is keeping them interested after three to four years when they are a lot more valuable to the company. One way that French National Railways (SNCF) is tackling this issue is to regularly rotate people into different jobs, so they don’t become bored, but also gain a broad understanding of all the railway does, further adding to their value as employees.

Technology is also set to fill some of the knowledge gaps left by departing employees. East Japan Railway (JR East) hopes automatic train operation (ATO) can make up for an impending staff shortage due to the country’s declining population.

However, adopting new technologies demands the creation of new jobs. According to Mr Andy Doherty, chief technology officer at Network Rail, with digitalisation taking hold, the rail industry is transitioning from a hardware to a software-dominated industry. Doherty told WCRR that he expects the employment balance to flip from 80% hardware and 20% software to 80% software and 20% hardware in the coming years.

To get to this point, railways must be amenable to the expectations of the next generation brought up on new technologies. The pursuit of digital twins is a good example of new knowledge and skills altering often decades-old processes for infrastructure monitoring and project management. The difficulties railways are generally having in adopting these concepts reflect the challenges the sector faces.

“Everything about the culture has to change,” Doherty said. “We have to step up our game.”

However, rail might yet take heed from hyperloop. Virgin Hyperloop One’s PR operation is a good example of how a transport company can paint a positive picture of itself despite questions over the technology’s viability.

The rail industry, with its wide-reaching pursuit of digitalisation, has arguably a better story to tell. But only by repeatedly shouting from the roof tops about its achievements and ambitions will the public’s perception of the industry change. Indeed, taking this active and positive approach can go a long way to convince the best and the brightest that it is a sector worth pursuing.