Jon Worth, who has founded the Trains for Europe campaign group, explains the need for a centrally owned pool of rolling stock for European night trains to Richard Clinnick. 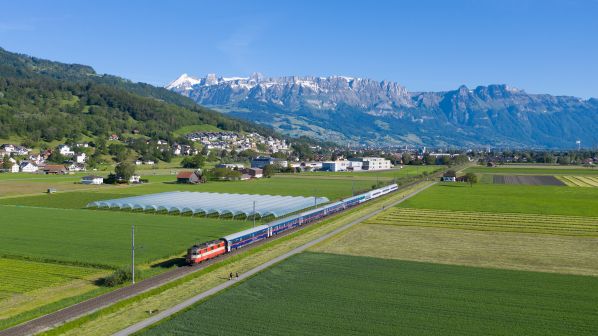 NIGHT trains may be undergoing a renaissance but there are challenges to building an effective European overnight network. Trains for Europe was formed in June 2021 with the aim of encouraging the European Union to buy a fleet of trains accessible to all operators that would significantly improve cross-border services.

Mr Jon Worth leads the campaign. Born in Wales, he lives in Berlin and his main work is a digital communications trainer and teacher. In this role he has travelled across Europe wherever possible by train. Currently he is working on Trains for Europe in his spare time, but the ambition is for it to become a full-time role.

“There are problems with all sorts of cross-border passenger rail in Europe - be it regional, long distance, high speed or night trains,” Worth tells IRJ. “But it is only with night trains that right now, one problem is more significant than any others - the absence of rolling stock.”

MEPs back the idea, particularly in the Greens-EFA and Renew Europe groups, and there is solid support from transport ministries of EU member states, not least in Germany where the proposals for a pool of stock matches transport minister, Mr Andreas Scheuer’s Trans Europe Express (TEE) 2.0 proposals.

Discussions have been held with non-EU countries in southeastern Europe and Norway as well as with the European Commission (EC). However, Worth says the overall political direction for railways that transport commissioner, Ms Adina Vălean, wants to take is unclear.

“Two things make the time right for this,” Worth says. “First, different operators have shown that running new night train services can be a success, and second, the attention to climate friendly ways to travel is changing consumer preference, and upping demand. 2021 is the EU Year of Rail after all.”

Worth favours the use of locomotive hauled trains because it is much easier to gain approval for them rather than EMUs in more than a dozen European countries.

However, there remains an inability to “scale up” night trains across Europe because of the lack of couchette and sleeping cars, which take time to manufacture. Initial calculations suggest between 250 and 300 coaches are needed with this split between seating coaches, couchettes and sleeping cars. However, the final number can only be reached once research into routes is completed this autumn.

New-build rolling stock rather than used vehicles are preferred as it is very hard to get an overview of what 200km/h second-hand daytime coaches are available. “We know what is available in Germany and Austria and that’s fewer than 100 coaches right now, with more due to be available by 2024,” Worth says. These are around 30 years old so have a decade of use left.

Other spare coaches such as old Corail stock in France or sleeping vehicles in Romania may be available, but there is no way to get them second-hand. The availability of 200km/h multi-system locomotives such as Siemens Vectron and Alstom/Bombardier Traxx units that were built for freight but which could be redeployed on passenger duties is also a factor.

Worth says the issue is not so much the cost but the approvals process. The cost of a second-hand daytime coach is between one-sixth and a quarter of that of a new night train coach. However, if converting a second-hand daytime coach into a couchette or sleeping car changes the weight profile or electricity systems then a new approval process is required, pushing the price up.

The attention to climate-friendly ways to travel is changing consumer preference, and upping demand.

Jon Worth, founder of the Trains for Europe campaign group

A major problem facing the night train renaissance is the attitudes of some countries, but that is changing. “The most marked change has come in France, where until a few years ago it looked like night trains would go for good,” Worth says. “But now their reintroduction is a priority for Macron and the government, and new routes are being seriously studied.”

Elsewhere, Portuguese Trains (CP) is investigating how to operate international night trains, but Spanish state operator Renfe has withdrawn from the market completely. In central Europe routes are expanding, most notably those serving Austria, Switzerland and southern Germany.

“I think the crucial issue is the clientele for night trains - can they expand beyond holidaymakers and be used for people taking business trips or shorter trips for family purposes?” Worth asks. “The Austrian experience would show that is possible.”

Privacy, reliability and price will entice passengers out of the skies, off the roads and onto the trains. “The most common critique of night trains I hear is ‘I don’t want to share a compartment with a stranger,’ and anyone who’s shared a compartment with a heavy snorer would agree,” Worth says, stating that he advocates mini compartments, similar to pod hotels in Japan.

Worth admits that a night train cannot ever be as cheap as a low-cost airline but believes they should be competitive with regular airlines or, in a sleeping car, the price of flight plus a night in a budget hotel. However, he says EU member states may have to adjust track access charges for this to be possible.

Trains for Europe remains operator neutral. There would be delight if French National Railways (SNCF) or German Rail (DB) leased stock from the proposed pool, but there would be just as much happiness if RegioJet or Snälltåget did the same thing - all operators face the same challenge after all.

Given the challenges but desire to expand European overnight rail travel, Worth and his colleagues could well have chosen the perfect time to launch their campaign. Time will tell if it’s successful.