Where does the IPCC’s report on global warming leave transport?

THE stark warning by the United Nations' Intergovernmental Panel on Climate Change (IPCC) on October 8 that the world has 12 years to limit global warming to 1.5°C or face an environmental catastrophe should be a major wake-up call to politicians and people around the world. 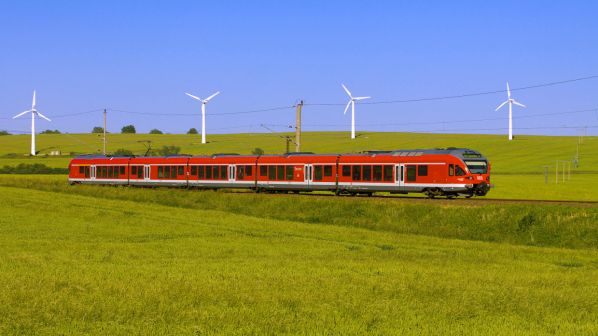 The 2015 Paris Agreement signed by 196 countries to limit the global temperature increase to well below 2°C by the end of the century was a watershed moment in global diplomacy. And despite Donald Trump’s best efforts, the rest of the world appears to continue to recognise the severity of the cause.

However, the IPCC report is clear that with the world on course for a 3°C rise, following these commitments alone is insufficient to prevent irreversible environmental damage and a substantial loss of life.

But all is not lost. Yet. The report states that there are pathways which can limit global warming to 1.5°C with no or limited overshoot. However, this would require rapid and far-reaching transitions in uses of energy, land, urban and infrastructure (including transport and buildings), and industrial systems.

Transport accounted for 28% of global-final energy demand and 23% of global energy-related CO₂ emissions in 2014. Emissions increased by 2.5% annually between 2010 and 2015, and over the past 50 years the sector has witnessed faster emissions growth than any other.

The report cites two studies which say that in order to deliver a 1.5°C reduction, transport will have to reduce its energy consumption by either 15% in an optimistic scenario or by up to 30% in a more pessimistic outcome. The share of low-emission final energy would also have to rise from less than 5% in 2020 to about 35-65% in 2050. This compares with 25-45% for 2°C global warming.

Achieving these deep emissions targets are not out of reach. According to the report, technology measures such as energy efficiency improvements and fuel-switching can go some way to achieving these goals and up to now have been the approach preferred by policy makers.

The report also says that structural changes which avoid or shift transport to more sustainable modes are important. However, it admits that these strategies do not figure as prominently as technical solutions and tend to focus more on using alternative methods of transport rather than increasing load factors or reducing travel demand.

Delivering these changes will require a step-change in governments’ approach to the problem. It will also require vast investment - around 2.5% of GDP for two decades.

This is a major opportunity for rail.

With rail accounting for 4.2% of all transport emissions and 1.9% of transport final energy demand in 2015, as a sustainable transport mode, it is in a comparatively strong position to become the solution to the emissions and energy use problem.

The International Union of Railways (UIC) has certainly championed rail’s sustainable cause in recent years and along with the Community of European Railway and Infrastructure Managers (CER) is targeting a 50% reduction in CO₂ emissions compared with a 1990 baseline by 2030 to rubber-stamp rail’s claim as the most sustainable transport mode.

However, if the IPCC is successful in convincing the public and politicians that more must be done, and quickly, rail will be under greater pressure to step up and carry more people and more freight than it ever has. This is a major challenge given current infrastructure and capacity constraints. It will also require universal acceptance of policy changes, which has traditionally proven difficult in a slow-moving industry.

New rail infrastructure is not cheap and it is not quick to develop and deploy. And with time seemingly short, to take the lead the rail sector must embrace new methods and technologies to get more out of what it already has.

Among them is French National Railways’ (SNCF) recently-announced main line ATO programme, which promises to reduce energy consumption by 20% and capacity by 30%. SNCF is consulting closely on the project with German Rail (DB), which has similar main line ATO ambitions. Other railways should follow their lead. Many of the projects and strategies under development in Europe’s Shift2Rail programme - from virtual coupling to enhanced switches and crosses - also seek to boost network capacity and utilisation, with the initiative aiming to double the capacity of the continent’s network. The strength of the global railway supply sector on show at InnoTrans last month similarly showed that the digitalisation of the sector promises to improve sustainable performance, and boost reliability and availability of services.

While it is difficult to list all of the industry’s success stories here, it is the same for its challenges. Among those that immediately spring to mind are Europe’s stagnant rail freight market and the slow rollout of ERTMS on the continent’s network, which have been thorns in the sector’s side for years. Piecemeal rather than comprehensive investment in the United States’ passenger rail infrastructure, and delivering suitable public transport infrastructure in the growing cities of Africa and Asia also undermine rail’s case.

Rail’s status is similarly threatened by developments in other modes. Road and aviation are by no means going away and the report is only set to crystallise efforts to introduce alternative bio and hydrogen fuels as well as greater levels of automation, including vehicle platooning.

Perhaps more alarmingly for rail’s prospects is the strength of these sector’s lobbies.

If the world’s politicians take heed of the report’s calls to change course and support sustainable investment, these sector’s representatives, backed by their cash-rich members, will certainly be pushing hard to show that they have the solutions to retain the status quo, or even tip the balance of investment further in their favour.

Rail simply cannot rely on its green reputation alone to become the backbone of the sustainable transport system. Industry leaders must be ready to show that it is worthy of investment and support. If not, they risk the future of the sector, and perhaps, the planet.