GERMAN Rail (DB) subsidiary DB Regio is to take on the operation of the Mid-German S-Bahn Network Lot 2 concession after the winning bidder Abellio decided to withdraw from the contract with the states of Saxony Anhalt and Brandenburg and Leipzig area transport authority ZVNL. 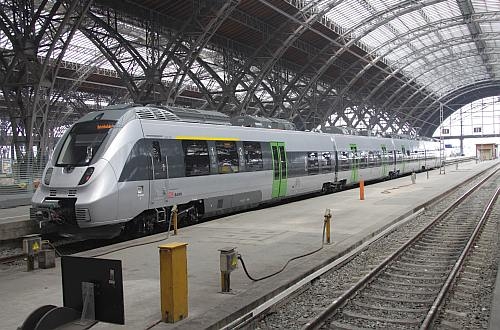 The subsidiary of Netherlands Railways (NS) was awarded the contract to operate 5.6 million train-km per year in March this year and was due to begin running regional services from Leipzig to Magdeburg, Dessau, Lutherstadt Wittenberg in Saxony-Anhalt and Jüterbog/Falkenberg (Elster) in Brandenburg in December 2015. The operator was required to provide brand new trains, but these have not yet been ordered because of legal challenges initiated by DB, which led the court to order the partial reassessment of the bids.

Subsequently Abellio informed the contracting authorities in early October that it no longer intended to sign the contract, which should have been agreed by the end of September. It is likely that failure to sign the contract by the September deadline led Abellio to believe that it would no longer be able to obtain the train fleet and other facilities required in the relatively short period remaining before the start of operations.

The first phase of the Mid-German S-Bahn Network (Lot 1) will be launched in December this year with a major revision of regional services in and around Leipzig to coincide with the opening of the Leipzig Citytunnel, a new underground north-south rail link beneath the city centre. DB Regio was previously selected to operate these services and is introducing a fleet of brand new Bombardier built class 442 Talent 2 emus (pictured).

Having lost the original Lot 2 tender to Abellio, DB Regio has now agreed to take on the contract and has suggested it will be able to provide the new train fleet required in 25 months' time. DB has also welcomed the fact that the contract guarantees 270 jobs at its DB Regio Südost subsidiary for the next 15 years.