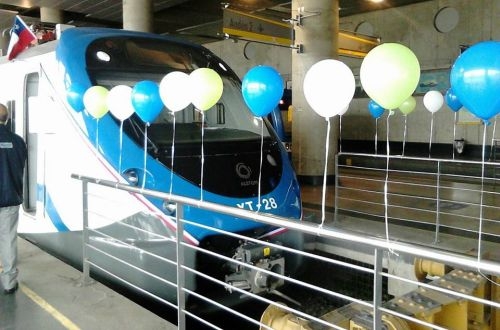 Chilean State Railways (EFE) placed an order last year with Alstom for 12 trains, eight of which will be used by Merval with the remaining sets destined for Santiago - Nós - Rancagua Rancagua Xpress services. The trains for Valparaíso were funded by Merval and the Chilean Ministry of Transport at a cost of $US 44.5m.

Each two-car set will accommodate up to 376 passengers and the trains have a maximum speed of 120km/h.

The 1676mm-gauge 3kV dc trains will supplement Merval's existing fleet of 27 two-car X'Trapolis 100 EMUs, enabling the introduction of higher-frequency services, which is planned for April 2016.