A new passenger service between Auckland and Hamilton will launch in June 2020 following the New Zealand government’s confirmation it will provide $NZ 79.8m ($US 50.9m) of the $NZ 92.37m cost of establishing the service. 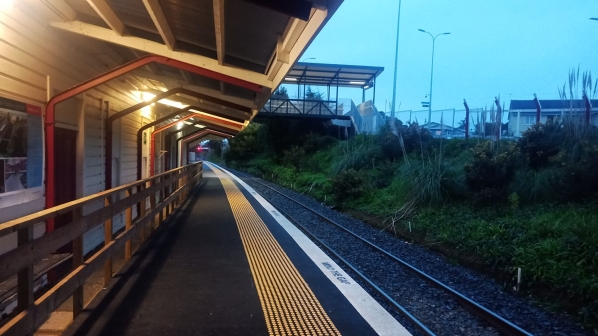 The Waikato Regional Council will fund the balance of the cost which will cover the refurbishment of four passenger coaches for the locomotive-hauled train and limited infrastructure upgrades.

The board of the NZ Transport Agency (NZTA) approved a business case for the service in December 2018, with the five-year trial originally due to launch in March 2020. The service is yet to be named.

Two return services will operate each weekday at peak travel times, with one return service on Saturdays. The service will seat 150 passengers but can be expanded with a fifth coach to accommodate 200 passengers if demand warrants.

The service will link Frankton with The Base on the northern outskirts of Hamilton, before travelling to Huntly and terminating at Papakura in South Auckland. To reach central Auckland passengers will have to change to Auckland Transport electric suburban services.

Urban development and transport minister, Mr Phil Twyford, says the service is designed to strengthen the connection between Hamilton and Auckland, two of the fastest-growing urban areas in New Zealand, by providing an additional transport option.

“We know more and more people are commuting between Hamilton and Auckland, and this service will give them a real choice between being stuck in traffic or relaxing on the train,” he says.

Waikato Regional Council chair, Mr Alan Livingston, says the population of the Hamilton-Waikato region area is expected to double in the next 40 years, and roads alone cannot cope with the growth in travel demand. He believes the service will also improve road safety.

“We've heard from commuters that they’re currently driving in stressful traffic conditions for long periods of time in the early mornings and evenings,” he says. “Taking fatigued drivers off the road is going to make it safer for everybody.”

The government has also approved a review into the suitability of upgrading the line to accommodate 160km/h services, which would halve the current journey time between the cities. The report is due to be released next year.