THE electrification of the San Francisco – San Jose Caltrain commuter rail line is likely to cost 20% more than previously envisaged, and the work will take a year longer to complete, according to updated estimates received by California's Peninsula Corridor Joint Powers Board. 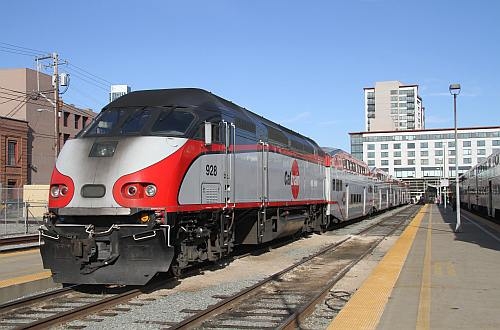 The projected cost of resignalling with CBOSS Positive Train Control (PTC), which is part of the modernisation programme, remains unchanged at $US 231m.

The start of electric services has been deferred from late 2019 and the switch from diesel traction is now expected to take place between late 2020 and mid-2021.

Caltrain attributes the increased costs to "inflation, updated industry information, additional engineering and an analysis of the challenges associated with constructing the project while also maintaining train service that continues to see dramatic increases in ridership demand."

The environmental review process for PCEP is due to be completed in January and construction is expected to begin in 2016.