CALTRAIN's Modernisation Program has secured an additional $US 211m investment following a seven-party agreement adopted by the agency's board of directors on May 5. 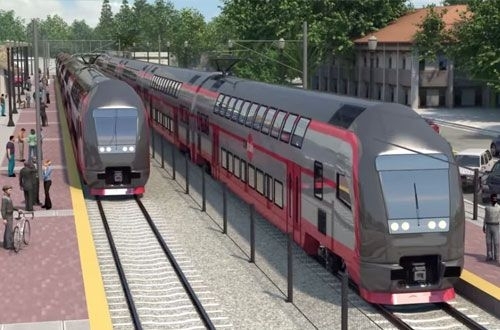 The agreement increases commitments in funding from Caltrain's state and local partners, including the California High-Speed Rail Authority, which will invest a further $US 113m into the modernisation programme.

The Caltrain Electrification Project will electrify the system between San Francisco and the Tamien Station in San Jose and replace Caltrain's diesel-based system with high performance EMUs. The electrification project will reduce diesel emissions in the corridor by 96% by 2040 and will allow Caltrain to provide more services to more stations, increasing ridership and providing a faster service between San Francisco and San Jose.

The need for additional funding was identified in 2014 when the project's budget was updated from 2008 cost estimates, and funding partners agreed to increase the amount budgeted for project contingency.

Approval of the agreement helps prepare the board to consider the award of contracts to equip the rail corridor with electrification infrastructure and replace most of the system's diesel trains.

Indeed Caltrain plans to award contracts in July 2016 and introduce electrified service in 2020. In February, the Obama Administration allocated $US 72m in prior year funding to the project and asked Congress for an additional $US 125m in the 2017 Federal Budget through the FTA Core Capacity Grant Program. These funds are part of a larger $US 647m request for a Federal full funding grant agreement that is expected to be finalised in 2016. Contracts for the electrification project will be structured so that full authorization to proceed with construction is issued following the approval of Caltrain's federal grant agreement funding request.

"Our region, along with our federal and state partners, has demonstrated a deep commitment to this project," says Mr Jim Hartnett, Caltrain's executive director. "The Caltrain Modernisation Program is the most transformative project this corridor has ever undertaken. It offers unique economic, environmental and mobility benefits to the region and it is a key link in a high-speed rail network that will transform the way we think about transport in California."