THE board of Victoria’s regional rail network V/Line has sacked its CEO after he appeared before an anti-corruption hearing in Melbourne accused of receiving illicit payments from the contractors employed to clean the operator’s trains. 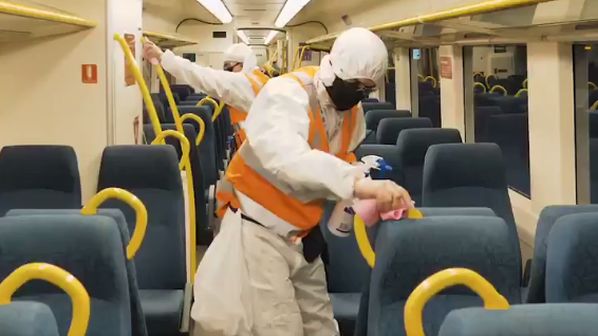 Mr James Pinder was suspended in August when it became known that he was to be the subject of a hearing by the Victorian Independent Broad-based Anti-Corruption Commission (IBAC).

The IBAC inquiry heard Pinder, together with the fleet manager of Metro Trains, the operator of the Melbourne’s suburban network, Mr Peter Bollas, received regular cash payments of up to $A 10,000 ($US 7021) from Transclean, the company contracted to clean Victoria’s trains and trams.

The V/Line board immediately cancelled the contract, saying the alleged conduct of Pinder and the cleaning company was not acceptable “under any circumstances.”

Pinder has denied any wrongdoing, and claims he and Bollas were in a secret gambling syndicate and that was the source of the money.

However, Bollas confessed to the inquiry he had taken up to $A 150,000 in corrupt cash payments from Transclean director, Mr George Haritos.

In addition to the regular cash payments, Mr Pinder also reportedly received a gift of $A 320,000 from Transclean which was spent on his $A 2.5m house.

The CEO of Metro Trains, Mr Raymond O'Flaherty, announced he had sacked Bollas, who was also stood down in August.

The IBAC hearing was also told Pinder helped cover up the fact Transclean had not properly sanitised trains at the start of the Covid-19 pandemic despite being paid an additional $A 1.3m a month to carry out extra cleaning and sanitising. The basic contract with V/Line was worth $A 40m.