Work on the Drogheda - Greystones route will increase passenger capacity by 50%. 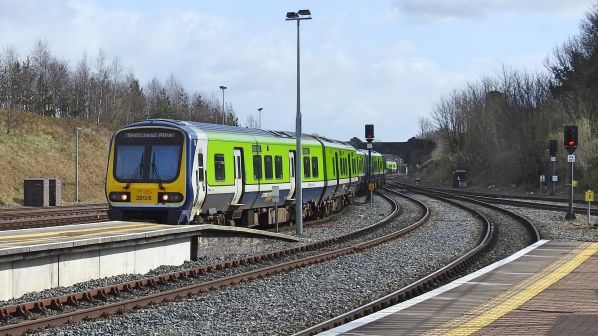 IRISH Rail (IE) has appointed Arup as multi-disciplinary design consultant for electrification and modernisation of the 86km Dart+ Coastal route, from Drogheda north of Dublin to Greystones in the south.

The work is part of the Dart+ Programme, funded by the Irish National Transport Authority (NTA), as part of the Project Ireland 2040 initiative. When complete the project is expected to increase passenger capacity on the route by 50%.

Arup will work closely with IE’s Dart+ Delivery Team to create a design for the electrification extension and associated works, along with the design of modifications on the existing Dart line to provide for the required increase in service levels. Permissions for the necessary works will be subject to a Railway Order being approved which will follow extensive public consultation with communities and individuals along the route. Construction on Dart+ Coastal is expected to commence from the beginning of 2024, subject to securing the Railway Order. Electrification and other work is scheduled for completion in 2027.

The award of the of Dart+ Coastal design contract means that all aspects of the Dart+ Programme are now underway. They are;

tendering for the new Dart fleet of trains is underway and an order is expected to be placed later this year according to IE.