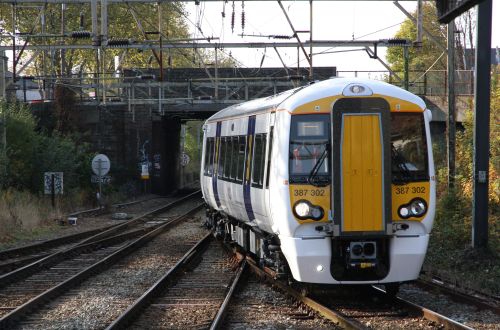 C2C signed an agreement with rolling stock leasing company Porterbrook earlier this year to lease six of the trains for three years. The EMUs were assembled at Bombardier’s Derby plant and are part of a speculative build of 20 trains for Porterbrook. The final set has now been delivered and all six trains will be in service by next month.

The new trains will be maintained by Bombardier alongside the C2C’s existing fleet of class 357 EMUs.

From January 9, C2C will introduce a new timetable which will use the class 387s as two 12-coach trains operating initially only on weekday peak hour services.

The class 387s will provide a short-term increase in capacity pending the delivery of a dedicated fleet of new trains. C2C has confirmed that tendering process for the 19 EMUs promised as part of the franchise award in 2014 is now underway, with delivery anticipated in 2019.