German passenger numbers up by over 50% in third quarter

9-euro ticket initiative credited for the upsurge in use of regional rail. 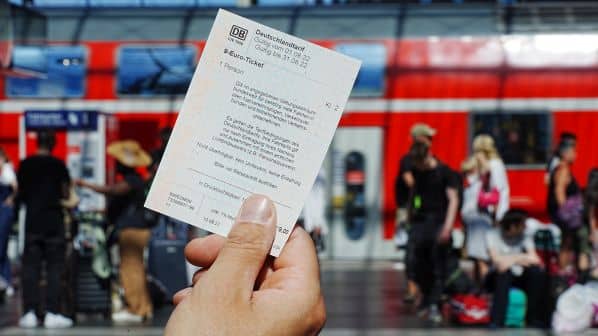 REGIONAL passenger figures released by the German federal Statistics Office, Destatis, for the third quarter of 2022 from July to September unsurprisingly show strong growth thanks to the availability of the 9-euro per month promotional tickets in both July and August.

The figures have been released earlier than usual and are an estimate derived from data collected by the automatic passenger counting systems fitted to rolling stock operating around two-thirds of all services in Germany. Passenger ridership statistics are usually calculated from ticket sales or manual counting. However, given that over 50 million 9-euro tickets were sold during the three-month initiative, ticket sales data will be less useful than normal because most passengers were using the same ticket for multiple journeys.

Destatis calculates that passenger numbers on regional trains in the third quarter were 53% higher than in 2021 and 11% greater than the second quarter of 2022. This had included one month of the 9-euro ticket promotion and had itself seen passenger numbers increase by 74% compared with the same period in 2021 when many Covid-19 restrictions remained in place.

With the 9-euro ticket permitting nationwide travel, the distance travelled by rail passengers increased by 87% in the third quarter compared with the same period in 2021.

Use of metro and light rail services was only 3% higher in the third quarter compared with the second quarter, but 24% higher than the same period in 2021. These figures bear out anecdotal evidence that regional rail services experienced the largest increase in passenger numbers due to the 9-euro ticket initiative rather than urban transport systems.

The German government announced a successor to the 9-euro ticket earlier this month. Priced at €49, the Deutschlandticket will be available as a digital subscription and is expected to on sale from January 1.