TURKISH State Railways (TCDD) confirmed to IRJ on April 6 that it is planning to start operations on the second phase of the Marmaray project in Istanbul in the first half of 2017. 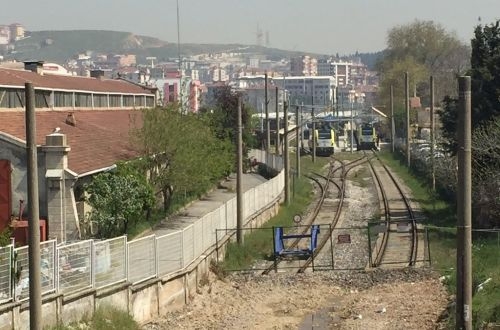 Pendik is the current terminus of train services from the east into Istanbul.

The 63km project extends the existing cross-Bosphorous rail link at both ends, from the line's current eastern terminus at Ayrilik Cesmesi via Pendik (the current limit of rail services from the east) to Gebze, and from the western terminus at Kazlicesme to Halkali. This will add 32 new stations to the five currently operational on the 13.6km central section, which opened in October 2013.

The project has included the addition of a third track along much of the route, which will increase capacity to 75,000 passengers per hour per direction, with the CBTC train control system allowing headways of 2 minutes.

Since opening the first phase, which links the European and Asian sides of Istanbul via a new tunnel under the Bosphorous, TCDD's assistant director general Mr Ismail Murtazaoglu says 130 million passengers have used the line, which has helped to remove 23,000 cars from Istanbul's congested road network every day. "This was like a dream for us to cross under the Bosphorous by train," Murtazaoglu says. "We have a good operational case and people in Istanbul are very interested in using the Marmaray. It is convenient and people want to use it. It takes only five minutes to cross and it is available whenever you want."

While the Bosphorous tunnel is currently only used by commuter trains, long-distance inter-city trains will also eventually use the link, utilising ETCS over CBTC. This is one of the first such projects in the world and Murtazaoglu admits it is a challenging undertaking. However, he is confident that it has been well-run and will deliver the desired outcome.

"Certainly there will be some problems, as there are with any project, but these will not be major," Murtazaoglu says. "Marmaray is a good operational system."