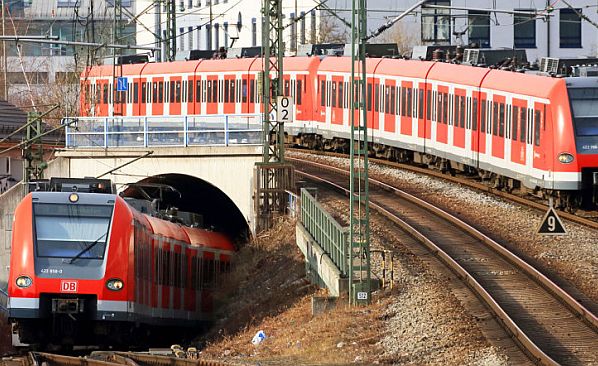 MVV has called on DB to take urgent steps to improve the performance of the Munich S-Bahn.
Photo Credit: Deutsche Bahn - Uwe Miethe

THE shareholders of the Munich Transport Association (MVV), consisting of the Bavarian Ministry of Transport, the City of Munich and MVV districts, have written to German Rail (DB) CEO, Mr Richard Lutz, and DB board member, Mr Ronald Pofalla, to complain about the poor performance of the Munich S-Bahn.

According to Bavarian Railway Company (BEG), the punctuality of the S-Bahn Munich was only 90% in October 2021 and in November punctuality reached its worst performance for at least 10 years. MVV wants DB to take urgent steps to rectify the faults.

“Passengers are tired of the numerous delays and cancellations and are turning away from the S-Bahn,” says Mr Dieter Reiter, lord mayor of Munich. “This is particularly fatal because it thwarts our efforts to strengthen environmental protection and to shift traffic away from the roads. The lost trust of passengers is difficult to win back. The DB Board of Management must act now.”

“We want a lot to be built to improve the infrastructure,” says Bavaria’s transport minister Ms Kerstin Schreyer. “However, this must not lead to a loss of trust in the system.”