THE 57km Gyeonggang Line commuter line opened on September 24 in the south-eastern area of the Korean capital Seoul. 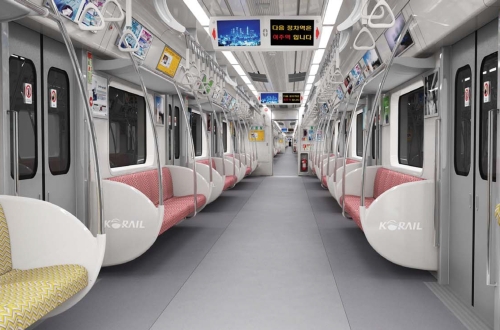 The standard-gauge line runs from Pangyo via Gwangju and Icheon to Yeoju and forms part of the Seoul Metropolitan Subway network as it links with the Sinbundang and Bundang lines at Pangyo and Imae respectively. The line has 11 stations and an end-to-end trip takes 48 minutes.

The opening of the Gyeonggang Line means the return of rail to Icheon and Yeoju, 44 years after the narrow-gauge Suryeo Line closed. It is hoped that the new line will relieve pressure on nearby highways and encourage development in the area.

The name Gyeonggang comes from the Gyeonggi and Gangwon provinces, as the future role of the line will be to provide a link between the two provinces once the Yeoju - Wonju link is built. The line will also play an important part in providing links between several other future lines, including the Jungbu Naeryuk line (Central Inland Line) to Mungyeong, the Wolgot - Pangyo line and the Wonju- Gangneung line.