FOLLOWING the completion of track and infrastructure upgrades, the three-line Subcarpathian Agglomeration Railway entered service earlier this month, connecting the Polish city of Rzeszów to Strzyżów via a 31km line to the southwest as well as the 47km line west to Dębica, and the 37km line east to Przeworsk. 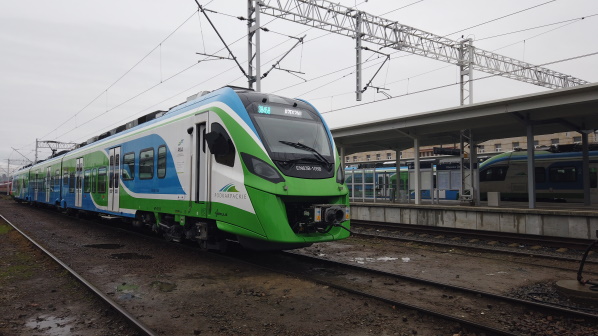 Trains are operating at 30-minute intervals during the peak, and hourly off-peak, for a total of 74 trains per day. Services operate every two hours at weekends.

A fourth service running 30km north to Kolbuszowa will be added by the end of 2021 following the electrification of the Rzeszów - Kolbuszowa - Ocice Line 71. The final phase of the commuter network, a new 10km line from Rzeszów to the airport at Jasionka will launch by the end of 2023.

The project cost more than Zlotys 700m ($US 187.7m) and was conducted under two European Union (EU)-backed schemes, one worth Zlotys 337m covering the procurement of rolling stock and construction technical facilities; and a second worth Zlotys 370m, which encompassed infrastructure modernisation. The EU financed the majority of the project while the authority of Subcarpathian Province allocated Zlotys 220m.

PolRegio secured a five-year contract worth Zlotys 466m to operate the network using eight EMUs and two DMUs purchased by the state authority from Newag. There are also plans to build a maintenance hall with a train washing facility and new stabling tracks.