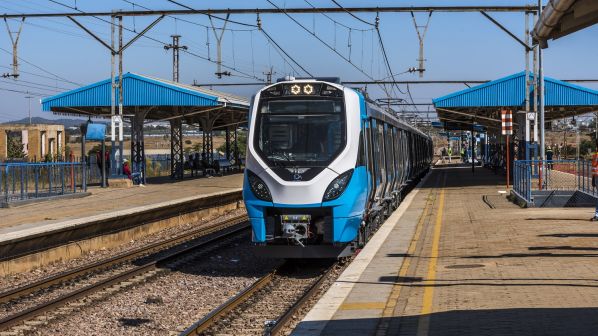 ELECTRIC trains started to operate on the Johannesburg - New Canada - Naledi (Soweto) line on November 28 following a gap of more than two years.

Twelve trains per day are running on weekdays using the Passenger Rail Agency of South Africa’s (Prasa) fleet of EMUs supplied by the Alstom Gibela consortium.

South Africa’s commuter rail networks suffered extensive damage during the Covid-19 lockdowns with much of the infrastructure heavily vandalised or stolen, but work is underway to restore services.

This follows the reopening of the Umlazi line on the Durban commuter rail network on November 21. A peak-time shuttle service is running from KwaMnyandu to Reunion where passengers can connect with trains to Durban. The line was closed due to vandalism and flooding.

Prasa has also welcomed a ban on the trade of scrap metal in South Africa. The operator says the ban will make it more difficult for vandals to ransack railway assets.

“Since we implemented the integrated security plan, asset-related crimes have dropped significantly. But it is not economically feasible to install fencing across our entire network and this policy change on the trade of waste scrap and semi-processed metals will assist our efforts.”