RUSSIAN president Vladimir Putin took part in the ceremony to mark the launch of passenger traffic on the Moscow Central Ring railway on September 10. 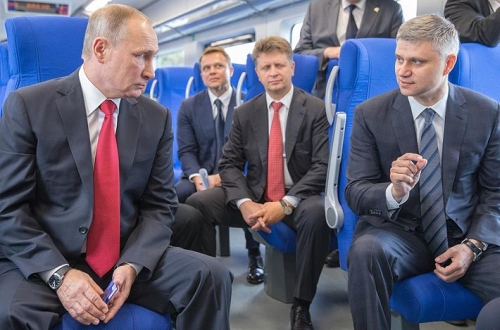 The railway was built to replace the old smaller ring of the Moscow Railway, and is incorporated into the metro system, joining existing metro lines with radial commuter railway lines. The project was launched in 2011 and involved complete reconstruction of the railway, electrification and resignalling.

Services on the 54km line will be operated by a fleet of Siemens Lastochka EMUs which were manufactured in Russia. The line has 31 stations and interchanges with 11 metro lines and nine railway lines.

Launch of passenger traffic on the Moscow Central Ring is expected to increase economic activity in the centre of the city, promote redevelopment of industrial areas, create jobs, and ease pressure on the metro system.