PARIS Transport Authority (RATP) has placed a €1bn order with Alstom and Bombardier for an additional 70 MI09 double-deck emus for RER Line A. Alstom is responsible for two thirds of contact and Bombardier the remaining one third. 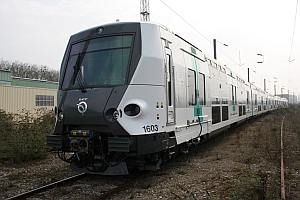 Similarly the deal is being funded two thirds by RATP and one third by the Ile-de-France Transport Authority (Stif).

The first trains out of the initial batch of 60 entered service in December 2011 and are still being supplied to RATP. Delivery of this new order will commence in 2014 and run through until late 2016.

Each 112m-long five-car train can accommodate up to 1300 passengers. The new trains will have a more efficient traction system which is designed to cut energy consumption. They should also produce less brake dust, a particular problem on underground lines, as the trains will be able to make better use of regenerative braking. The trains will also be able to transmit information on their performance in real time to the maintenance depot.