THE introduction of a greatly-expanded timetable on the cross-London Thameslink on May 20, which has seen a 13% increase in the number of trains operated each day, and the retiming of most services on the wider Govia Thameslink Railway (GTR) network, got off to a poor start with numerous train cancellations. 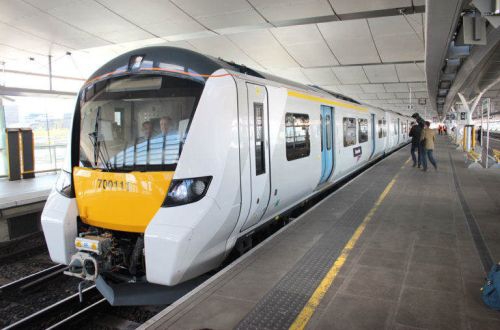 A Thameslink class 700 EMU at the rebuilt London Bridge station.

GTR, which also operates the Great Northern, Southern and Gatwick Express services, says despite weeks of preparation, many trains and drivers were in the wrong location, resulting in many services being cancelled. New services from Peterborough and Cambridge through London St Pancras, Blackfriars and London Bridge, to Horsham and Brighton were particularly badly affected.

GTR says it has taken delivery of all the 55 12-car and 60 eight-car class 700 dual-voltage EMUs from Siemens and has completed driving training, but the logistics of correctly positioning all the drivers and trains overnight proved too much. The new Thameslink timetable calls for the operation of an additional 400 trains per day with around 3600 services running daily, but GTR says it is currently only able to run 350 of the extra trains.

GTR says it may take several weeks before it can introduce the complete service as planned.

There was an indication that all was not well when GTR’s CEO Mr Charles Horton, warned on May 16 that passengers might expect some disruption. “Due to the sheer scale of the changes, we will have to redeploy a large number of trains and crews and services may not run at normal times during the introductory phase, although the impact on peak time services during the transition will be minimal,” Horton said.

“Introduction of the new timetables is a major milestone in the delivery of RailPlan 20/20, our programme to modernise rail services, taking advantage of the new infrastructure and trains provided by the government’s £7bn Thameslink Programme,” he continued. This included the £1bn reconstruction of London Bridge station and tracks in the area.