DYNAMIC testing began on the Mexico - Toluca interurban line on June 12, when a CAF Civity EMU ran under its own power at slow speed between Zinacantepec and Pino Suárez stations. 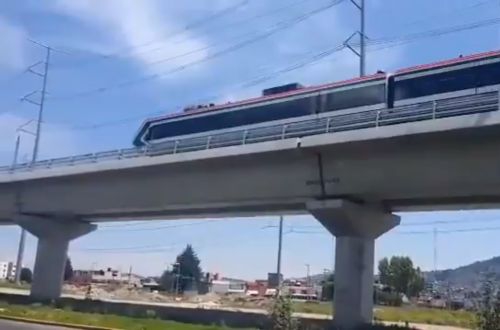 CAF is leading a consortium including Thales, Isolux- Corsán and AZVI, which was awarded a €690m contract in December 2014 to equip the 57.7km standard-gauge line. CAF is supplying a fleet of 30 five-car trains, the first of which arrived in Mexico in January.

The six-station line, which is due to open next April, is forecast to carry around 230,000 passengers a day and will offer a 39-minute journey time between Zinacantepec and an interchange with the Mexico City metro at Observatorio.