NATIONAL Express Group has agreed in principle to sell its c2c rail franchise in Britain to Italian State Railways’ (FS) train operating subsidiary Trenitalia for around £70m, subject to approval from the Department for Transport (DfT). 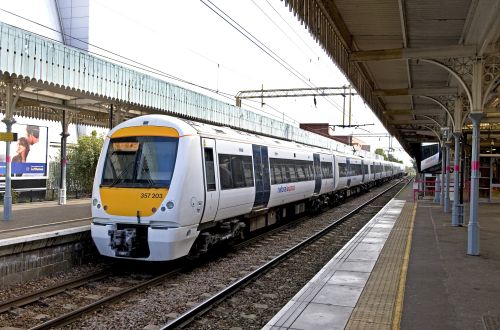 The deal is expected to be finalised within the next three to four weeks and will result in a small net profit for National Express. The c2c commuter rail franchise covers the self-contained route linking London Fenchurch Street with Tilbury, Southend, and Shoeburyness. Trenitalia will retain c2c’s existing management.

Completion of the deal will bring to an end National Express’ involvement in mainline passenger rail franchises in Britain - at one time the company had five franchises - leaving only the Midland Metro Birmingham - Wolverhampton light rail line which it operates.

In December 2015, Trenitalia became the first new entrant to the British market to be awarded a pre-qualification questionnaire (PQQ) passport by the DfT, which is needed to participate in rail franchising competitions. The c2c acquisition is the first step in Trenitalia’s plan to enter the British railway passenger market, and is in line with FS’s plans to expand in Europe. It’s German subsidiary Netinera operates 12 passenger rail concessions in Germany, while National Express launched its first passenger operations on the German mainline network in December 2015, when it took over the operation of two regional routes in North Rhine Westphaila from DB Regio.

“National Express has been immensely proud of c2c’s transformation on our watch,” says National Express CEO Mr Dean Finch. “From converting c2c into the UK’s consistently best performing franchise, we have also recently pioneered customer service standards with automatic delay compensation and flexi-season tickets, for example. While this has, therefore, not been an easy decision, the board believes the transfer of c2c to Trenitalia UK presents opportunities for all concerned.”

“We see significant chances to invest in UK rail and this in-principle agreement with National Express allows us to foster these ambitions,” says Trenitalia’s CEO Ms Barbara Morgante. “We will work closely with customers and local stakeholders to apply our vision and deliver improvements that will be visible and valuable. We are also closely monitoring the railway franchising programme as we intend to participate in tenders issued by the DfT to strengthen our presence in the UK.”