THE Rhine-Ruhr Transport Association (VRR) has appointed DB Regio to operate S-Bahn lines S1 and S4 under a concession running until 2031. 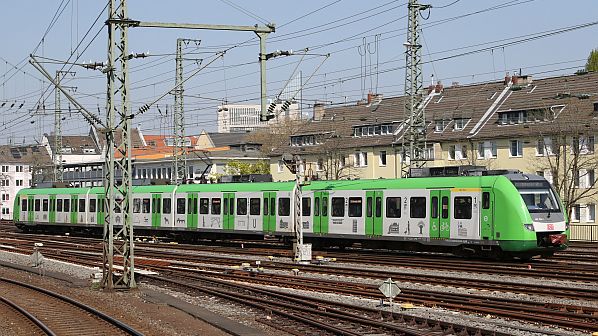 The contract for the concession to run the two S-Bahn lines from December 2019 to December 2031 was awarded in 2016 to Keolis subsidiary Eurobahn. However, VRR announced in September 2019 that it was terminating the contract with Keolis.

Information supplied by Keolis to VRR during the mobilisation phase showed that Keolis had only around half the required number of train drivers to operate the two lines, meaning Keolis would be unable to maintain the full timetable.

A fleet of former DB-owned class 422 EMUs bought by VRR is assigned to the two routes. Line S1 runs from Dortmund via Essen to Solingen and S4 links Dortmund, Lütgendortmund and Unna. The concession covers 4.8 million train-km annually.