AN investigation is underway after an Amtrak Acela Express train en route from Washington DC to New York split in two while running at a reported 200km/h as it travelled along the Northeast Corridor in Maryland at about 06.30 on February 6. 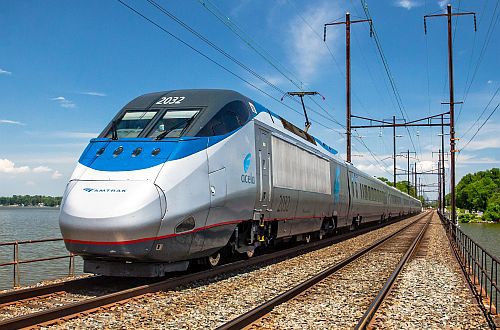 A photo from the scene shows the drawbar between two coaches had disconnected, with only the air hoses remaining intact. The cause of the drawbar separation appears to have been failure of a connecting pin bolt, a device similar to that of a coupler knuckle pin.

Amtrak says there were 52 passengers on the train, and there were no reported injuries. “We are currently investigating the cause of the car separation, inspecting every Acela trainset, and taking any necessary actions to prevent a reoccurrence,” says Mr Jason Abrams, an Amtrak spokesman.

This is not the first time that Amtrak’s Acela Express trains have experienced problems with structural failures. “The equipment has an inherent design flaw in that it is too heavy, a consequence of having to meet stringent Federal Railroad Administration crashworthiness standards,” noted an industry observer. “It is a largely European design that was adapted for North America. The equipment is now more than 20 years old and beginning to show even more signs of ageing, much more so than, say, the Amfleet equipment that has been in service for almost 40 years and despite its advanced age continues to provide good service.”

The incident is the latest in a recent string of mishaps for Amtrak. On February 4, two crewmen died after the southbound Silver Star collided head on with a stationary CSX freight train on a loop in South Carolina. A few days earlier, a chartered train carrying Republican members of Congress to a retreat struck a waste truck at a level crossing in Virginia, killing a man inside the truck cab.

On December 18, three people were killed and more than 70 were injured when an Amtrak Cascades train derailed while traversing a curve leading into a bridge over the Interstate 5 highway southwest of Tacoma, Washington, sending a locomotive and coaches crashing onto the highway below. The National Transportation Safety Board (NTSB), in preliminary findings based upon event recorder data, identified the cause of the accident as an over-speed condition.