DETAILS of a new fleet of high-speed trains to serve venues for the 2022 Beijing Winter Olympics and Paralympics were revealed by China Railway Corporation (CRC) on April 23. 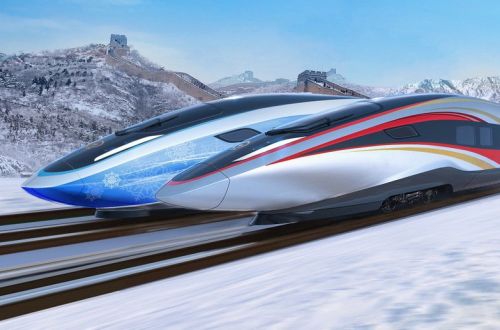 The 350km/h train will be a development of the existing CR400BF Fuxing EMU, which is used on the Beijing - Shanghai high-speed line, albeit with a number of enhancements to improve comfort and reduce the environmental impact of the train.

A prototype set will be rolled out before the end of the year and testing is due to be completed in mid-2019.

The trains will be supplied in standard and Olympic configurations. The latter will be equipped with ski racks and ‘media compartments’ with high-speed Wi-Fi and live broadcasts of Olympic events.

The fleet will be deployed on the 174km Beijing North - Zhangjiakou high-speed line, which will provide a fast link for spectators travelling from the capital to Taizicheng in Chongli County near Zhangjiakou, which is one of two venues for skiing events during the games.

The line will be equipped with Automatic Train Operation (ATO) over China Train Control System (CTCS) Level 3. CRC says the use of ATO on the line will increase capacity and reduce energy consumption.