GERMAN Rail (DB) has presented four potential corridors for the new Ulm - Augsburg high-speed line, which will support journeys of 26 minutes between the two cities, at speeds of 300km/h. 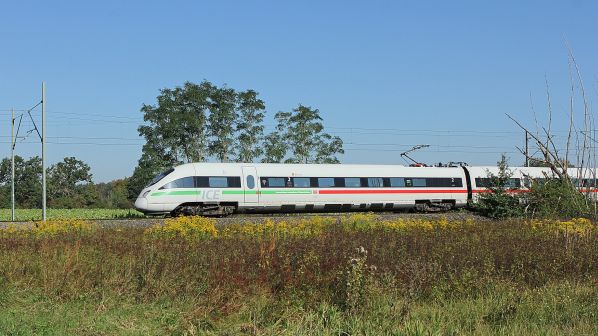 The four corridors proposed are all approximately 70km long and initially 500m wide, and will run parallel to the existing route at both ends, with some options paralleling the A8 highway in some sections. The planned corridors will be narrowed to around 20m once planning is completed.

The new line will reduce journey times by of 15 minutes compared with the existing 85km-long 200km/h conventional double-track line via Günzburg.

Rebuilding the existing line for 250km/h operation was previously the preferred option for the line, but a new line is now considered a better solution.

The design of the four routes began in 2019 and public consultation began earlier this month. The first phase of consultation is due for completion in mid-2021.

Planning permission will be sought for the final route around 2023-24, with construction unlikely before the late 2020s. Construction costs were estimated at around €1.9bn in plans concluded in 2016.

The routes traverse multiple protected areas, including water sources and areas of high biodiversity, and it is expected that tunnelling will be employed in some of these areas.

Under the future ‘Deutschland Takt’ regular-interval timetable, the line will be used by 112 long-distance trains daily. DB has also committed to some long-distance services continuing to serve the town of Günzburg, which will be bypassed by all four proposed route options.

The Augsburg - Munich section has already been rebuilt as a 250km/h four-track route opening in 2011, whilst the Wendlingen - Ulm high-speed line is due to open in December 2022, and will connect with new lines that will serve the new underground Stuttgart Central station when it opens in 2025.