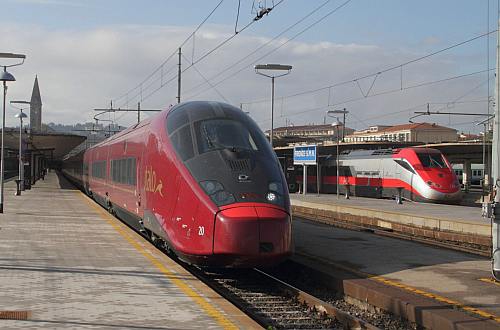 The report says the target of tripling the number of kilometres of high-speed lines by 2030 will not be reached.

The report says the system has been constructed without proper international coordination as cross-border lines are not among the national priorities for construction, despite international agreements and provisions in the Trans-European Transport Networks (TEN-T) Regulation requiring core network corridors to be built by 2030.

“We found that the EU’s current long-term plan is not supported by credible analysis, is unlikely to be achieved, and lacks a solid EU-wide strategic approach,” the report authors say. “Although the length of the national high-speed rail networks is growing, the commission’s 2011 target of tripling the number of kilometres of high-speed rail lines by 2030 will not be reached: 9000km of high-speed lines are currently in use, and around 1700km of line was under construction in 2017. On average, it takes around 16 years for new high-speed lines to proceed from the start of works to the beginning of operations.”

The report says countries have poorly assessed the need for high-speed rail, and the alternative solution of upgrading existing conventional lines is not often given due consideration, even though the savings achieved when this option is used can be significant.

It also found that high-speed rail is becoming more expensive, and many were not being utilised to their full potential with trains running at an average of 45% of the lines’ design speed.The auditors suggested a number of measures to improve the effectiveness of the network, including: