Eurostar pleads for government support as Covid-19 threatens its future

EUROSTAR is calling on the British government to extend a financial support scheme for airports to the international high-speed operator, which has suffered from a 95% drop in demand due to the coronavirus pandemic. 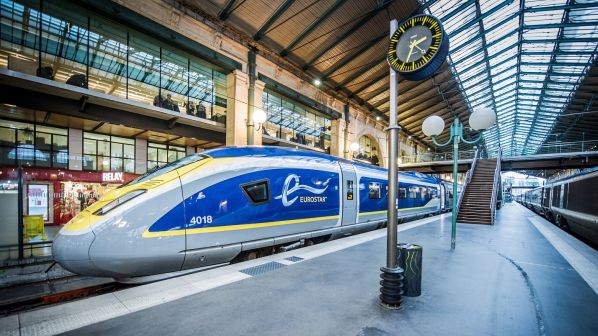 Eurostar is currently operating a single train per day between London and Paris, and London - Brussels - Amsterdam. This compares with the pre-pandemic timetable of 25 daily London - Paris services, and 13 London - Brussels trains, three of which continue to Amsterdam.

Eurostar introduced direct Amsterdam - Rotterdam - London services for the first time on October 26. However, it announced the cancellation of London - Lyon - Avignon - Marseille services in summer 2020 and 2021 and will not operate its London - Bourg St Maurice French Alps service this winter. Eurostar trains are also currently not stopping at stations in Kent.

In an article published in The Independent newspaper last week, Eurostar CEO, Mr Jacques Dumas, and Ms Dyan Crowther, CEO of infrastructure owner HS1, urged the government to intervene, writing that there is a risk that under the current circumstances the iconic service will be left to fail, threatening jobs, connectivity and reversing the progress to reduce travel emissions.

“The new scheme of rates relief for airports puts Eurostar at a direct disadvantage against its airline competitors,” Eurostar said in a statement. “Eurostar has been left fighting for its survival against a 95% drop in demand, whilst aviation has received over £1.8bn in support through loans, tax deferrals and financing.”

The support scheme for airports, which will start in 2021, is capped at £8m and is intended to address fixed costs with the amount available per business equivalent to business rates. Airlines are also among the beneficiaries of the Bank of England’s Covid Corporate Financing Facility, with British Airways, Wizz Air, EasyJet and Ryanair confirmed as borrowing £1.8bn from the scheme in June.

The government is currently subsidising franchise operators under the Emergency Recovery Management Agreements (ERMA), enabling operators to maintain an almost full service despite loadings of around 20%. It is thought the scheme is costing the taxpayer around £900m per month. Eurostar is exempt from these bailouts.

“We would ask this scheme to be extended to include international rail services, and more generally for the government to incorporate high-speed rail in its support for the travel sector, and in doing so help protect the green gateway to Europe,” Eurostar said.

The Department for Transport (DfT) says it recognises the “significant financial challenges” facing Eurostar as a result of Covid-19 and the “unprecedented circumstances currently faced by the international travel industry.”

“The government has been engaging extensively with Eurostar on a regular basis since the beginning of the outbreak, including through the Global Travel Taskforce,” the DfT said in a statement. “We will continue to work closely with them as we support the safe recovery of international travel.”

However, the RMT Union said that during a recent roundtable meeting with the rail minister, Mr Chris Heaton-Harris, both the company and the union requested support for the service, which currently receives no subsidies. The RMT says the minister declined the request.

“‎It is wholly wrong that Eurostar, an eco-friendly service that is a beacon for the future of our railways, is being denied the kind of financial support being offered to the airports,” says RMT general secretary, Mr Mick Cash.

International passengers arriving in Britain are currently required to quarantine on arrival for 14 days. However, under the new “test to release” regime set to be introduced from December 15, travellers arriving in Britain can pay for a private Covid-19 test from a government-approved company after five days of self-isolation. If the result of the test is negative, the quarantine period can end.

The January 2021 edition of IRJ, The Railway in 2021, will feature an exclusive interview with HS1 CEO, Dyan Crowther.