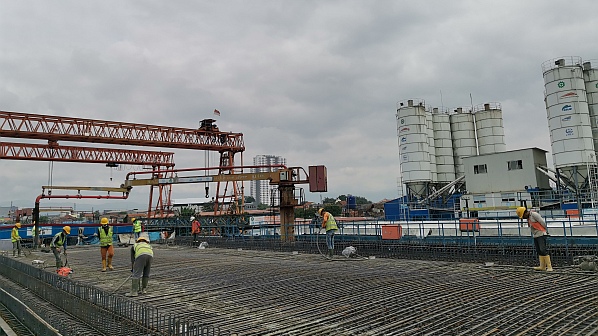 Almost 80% of the Jakarta - Bandung HSL has been built.
Photo Credit: Twitter/CREC.

THE president of Indonesia, Mr Joko Widodo, has confirmed that the opening of the $US 8bn 142.3km Jakarta - Bandung high-speed line has been delayed until June 2023.

During a tour a tunnel in Puwa Garda on January 17, Widodo said that 79.9% of the 350km/h line had been constructed, and that he hoped testing could commence by the end of 2022.

The railway was originally due to have opened in 2019. The Jakarta Post reports that the latest delays are due to extreme weather which has caused landslides and floods, especially across Java.

Testing of DMUs that will operate services connecting with the new HSL have begun in Indonesia following completion of the first of 11 CR400AF Yawan trains built by CRRC for line.

For data on infrastructure projects in Asia, subscribe to IRJ Pro.