A continuing stalemate between the Indian and Japanese governments over the revised cost of the Mumbai - Ahmedabad high-speed line is threatening to derail the ambitious project and push the 2023 projected completion date back by at least a few years. 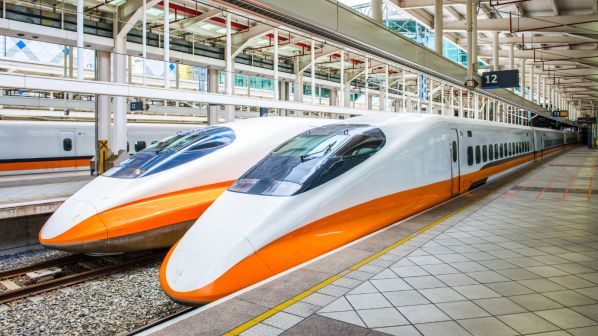 The National High Speed Rail Corporation (NHSRCL), which is overseeing the project, claims to have made reasonable progress despite the challenges posed by the Covid-19 pandemic in recent months. For example, NHSRCL says acquisition of approximately 60% of the land required for the project is complete along with relocating around 50% of underground and overhead public utilities. The company has also floated tenders for construction of 345km of the 508km alignment.

But critical issues remain. While civil tenders for nine of the 14 packages worth approximately Rs 450bn ($US 6.3bn) were floated last year, these remain to be finalised, largely because of requests from domestic contractors for more time to complete their bid documents. The Indian government recently announced plans to award bigger contracts to domestic contractors as a means of cutting costs. But such a strategy does not seem to be working, as none of the domestic companies have the expertise or capacity to handle such large ticket contracts.

The project was originally estimated to cost Rs 970bn but this had risen to Rs 1.08 trillion following the government’s decision to develop an entirely elevated line.

“At the time the feasibility study was released in 2015, costs of several components had been undervalued,” said a representative of the Japan International Consultants for Transportation, a subsidiary of the East Japan Railway (JR East). “Several meeting between Japanese and Indian consultants have been held, but the matter has not been settled. This issue will now require the intervention at the highest level (by the prime ministers of the two countries).”

Project cost has also risen on account of the fluctuation in the Rupee-Yen conversion rate. While depreciation costs are covered under the agreement, conversion costs have not been accounted for.

Confirming that an exercise to calculate the revised project costs was being undertaken, a Railways Ministry official said that the final costs would be worked out after a meeting between the prime ministers of India and Japan.

Meanwhile, land acquisition hurdles have been accentuated by the NHSRCL’s inexplicable decision to acquire 17m below the elevated corridor. While it will take 3m to construct a service road and 6m to build a double-lane road below the pillars, it is unusual that the agency is pressing ahead with the plan to acquire 17m.

“The Covid-19 pandemic has come as a setback for all infrastructure projects across the world, but the uncertainties about the Mumbai - Ahmedabad high-speed are bigger, since it has not quite taken off on the ground,” an official earlier associated with the project said.