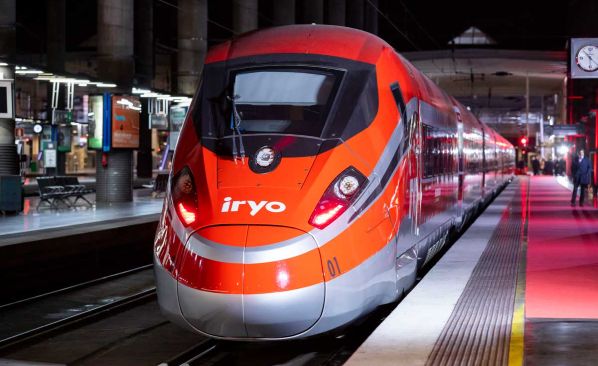 There will be six round trips per day initially. Four trains will take 2h 45min to complete the trip while two will run non-stop in 2h 30min. Iryo trains will have four classes of travel - Infinita, Singular Café, Singular and Inicial - plus restaurant cars and free Wi-Fi.

Iryo will be competing with Spanish state operator Renfe’s two-class AVE and single-class Avlo services, and French National Railways’ (SNCF) Ouigo service. Ilsa plans to increase the frequency on the Madrid - Barcelona route to 16 round trips per day and introduce trains from Madrid to Valencia, Alicante, Malaga, and Seville in due course.

Iryo is the trading name of Ilsa. Globalvia has announced that it has received approval to acquire 24% of the shares in Ilsa that were owned by Operador Ferroviario de Levante (OFL), a subsidiary of Spanish regional airline Air Nostrum.

As a result, Ilsa’s shareholding is now divided between Trenitalia with a 45% holding, OFL, which maintains a 31% stake, and Globalvia with the remaining 24%. This means that Trenitalia is now the largest shareholder in Ilsa.