Istanbul Marmaray project will be completed in 2018, says minister

TURKEY’s transport, maritime affairs and communications minister Mr Ahmet Arslan says that the long-delayed second phase of the Marmaray project in Istanbul will now be completed next year. 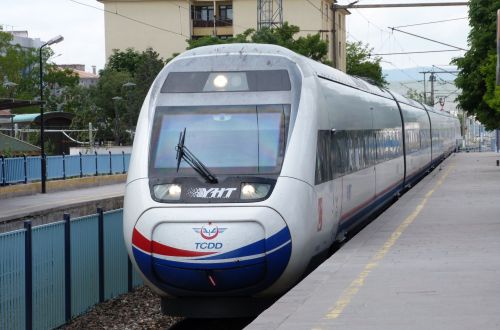 The 63km project extends the existing 13.6km cross-Bosphorous rail link which opened in October 2013 on both the European and Asia sides. The work involves rebuilding the existing railway, which has been out of use for several years, from the Bosphorous link’s current eastern terminus at Ayrilik Cesmesi via Pendik (the current limit of rail services from the east) to Gebze, and from the western terminus at Kazlicesme to Halkali. This will add 32 new stations to the five currently operational on the central section.

The existing double-track formation is being expanded to accommodate a third track to enable YHT high-speed trains, which currently terminate at Pendik, to reach Haydarpasa, the former mainline station on the Asian side of Istanbul, and Halkali.

Arslan says the third track will also be used by freight trains at night providing a rail connection for freight across the Bosphorous for the first time.

In addition, Arslan says that project planning for a new high-speed line from Halkali west to Edirne and Kapikule on the Bulgarian border has been completed and tender documents prepared with a view to awarding a contract later this year. “We want to finish Halkali - Kapikule by 2022-23,” Arslan says.

“Our citizens now prefer high-speed trains with 15% of all transport between Ankara and Istanbul,” Arslan says. “When the YHT line continues to Haydarpasa and then to Halkali, we expect this rate to reach 40%.”