None of the 75 passengers and three crew were injured during the accident. 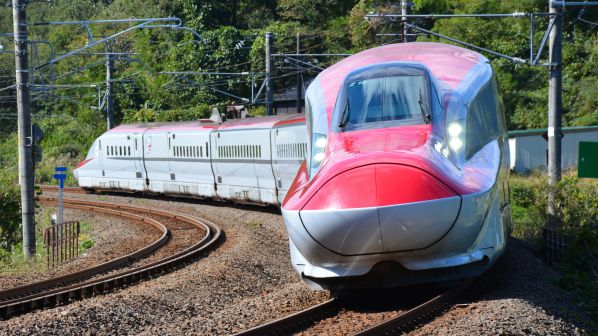 AN East Japan Railway (JR East) high-speed train derailed between Shiroishi-Zao and Fukushima in central Japan following a magnitude 7.4 earthquake off the country’s eastern coast at 23.36 on March 16. While 16 of the 17 coaches derailed, none of the 75 passengers and three crew were injured during the accident.

The Yamabiko 223 service departed Tokyo at 21.44, heading to Sendai, and was travelling at 320km/h when the earthquake was detected. The train consisted of a 10-car series H5 JR Hokkaido train and a seven-car series E6 train operating in multiple.

Following the detection of the earthquake, the traction substations cut power to the overhead catenary, with the loss of power triggering the emergency brakes onboard the train. The train is also fitted with anti-derailment guards, which keep the train close to the track to prevent serious damage.

Passengers were trapped onboard the train for around four hours before being evacuated through an emergency exit and taken from the site by bus.

The derailment caused some damage to the viaduct carrying the high-speed line, with services now suspended between Nasu-Shiobara and Morioka. It is unclear when the line is due to reopen.