KOREA's Ministry of Land, Infrastructure and Transport has dropped plans announced earlier this month to allow a private company to operate high-speed services from the new Suseo station is southeastern Seoul which is due to open in 2015. 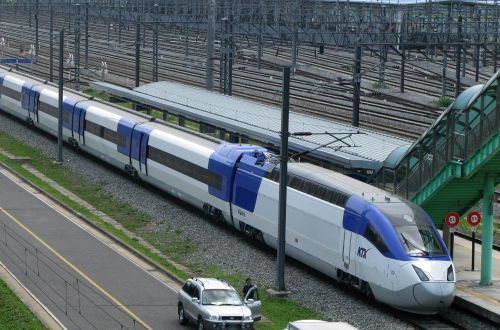 Nevertheless, the ministry still intends to proceed with its plan to turn Korail into a holding company with a number of subsidiaries including one for the Suseo services. Suseo is at head of a new 61km high-speed line running south via Dontang to link up with the existing Gyeongbu line to Busan.

Korail will have a 30% stake in the Suseo high-speed subsidiary with the remaining 70% being sold to other state-owned investors such as the National Pension Service. The idea is for the new subsidiary to compete with Korail's existing KTX high-speed services operating from Seoul's main station.

One of the reasons for reorganising Korail into smaller units is to try to stem its mounting losses. Korail has been losing between Won 400bn ($US 354m) and Won 500bn a year and its overall debt stood at Won 11.6 trillion at the end of 2012.