MALAYSIA’s newly-elected prime minister Mr Mahathir Mohamad announced on May 28 that his government will abandon its commitment to the construction of a high-speed line linking Kuala Lumpur and Singapore, which is currently in the procurement phase. 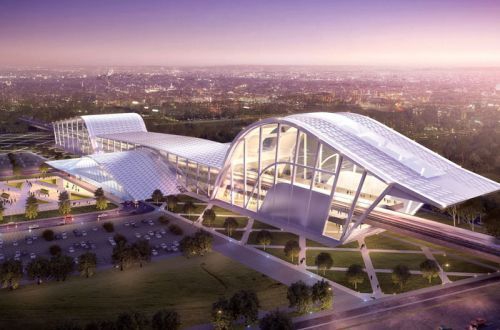 "It's not beneficial. It's going to cost us a huge sum of money,” Mahathir said. “We'll make no money at all from this arrangement. It is only a short track. It is only going to save people one hour by taking the HSR.”

The announcement comes less than two months after the selection of civil works contractors for the Malaysian section of the 350km line, which was due to be completed by 2026.

Singapore’s Ministry of Transport said on May 28 that it has not yet received official confirmation from the Malaysian government of the decision to scrap the project.

Under the terms of a bilateral agreement signed by Mahathir’s predecessor, Mr Najib Razak, and Singaporean prime minister Mr Lee Hsien Loong in December, the two states are legally committed to construct the link. Malaysia’s unilateral decision not to proceed with construction means it may now have to compensate Singapore.

Mahathir said during the press conference that Malaysia may have to pay Singapore around Ringgits 500m ($US 126m) to extricate itself from the 2016 accord.

The newly-elected government is looking to reduce its commitment to major projects in a bid to trim Malaysia’s national debt.