SIR David Higgins, CEO of Network Rail, says he wants to look at how he can accelerate the construction of the £50bn project to build a high-speed network linking London, Birmingham, Manchester and Leeds when he takes over as chairman of HS2 in January. 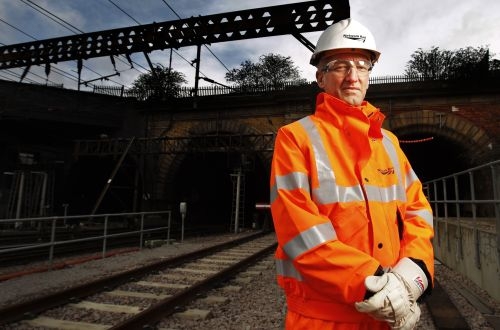 Speaking on BBC radio today following his appointment yesterday to succeed Mr Doug Oakervee as chairman of HS2, Higgins said "time is money" and reducing the current lengthy schedule for planning and building HS2 could be a way to cut the cost of the project. Construction of the 190km first phase from London to Birmingham is due to start in 2017 and is scheduled to be completed in 2026, while opening of the 338km second phase is not expected until 2032.

The British government announced earlier this year that the cost of the project would rise from £33bn to £42.6bn plus another £7.5bn for rolling stock. The project has received all-party support, but this seems to be wavering as Mr Ed Balls, the Labour party's shadow chancellor recently questioned whether spending £50bn on the project was a good idea.

"We have to be open and transparent and make the case that HS2 is value for money," Higgins said. "It's essential for economic growth in this country to have a proper, modern railway."

Prior to joining Network Rail, Higgins oversaw the successful construction of the Olympic Park in London when he was CEO of the Olympic Delivery Authority. Higgins will join HS2 on January 1 on a part-time basis before becoming full-time in March.