THE British parliament’s Public Accounts Committee (PAC) published a scathing report on the HS2 high-speed rail project on May 17 accusing the Department for Transport (DfT) of withholding information regarding the project’s cost and schedule. 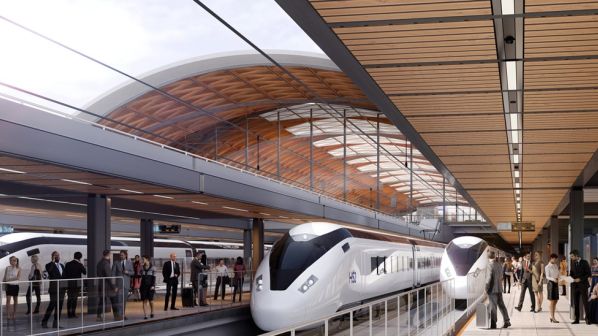 “The HS2 programme has gone badly off-course and is now estimated to cost up to £88bn, significantly more than the original budget of £55.7bn (both figures are 2015 prices),” the House of Commons PAC says. “We are unconvinced that there will not be further cost increases, such as those we have seen in Crossrail and many other programmes, especially given that the route and forecast cost of the northern sections of the proposed railway is still very uncertain and will remain so for years to come.”

The PAC also notes the delays to the project, with the first phase from London to Birmingham and Lichfield now expected to open in 2029 “at the earliest”, three years later than originally planned.

The PAC has made seven observations:

“Now that the government has given the programme the green light, things must change and there must be much greater transparency in future,” the PAC says. “What we have seen about government’s management of this programme is all too familiar and we remain concerned that lessons from the delivery of other major projects are still not being learned. To protect taxpayers’ money there should be far greater focus on fostering and embedding a culture that values learning from experience to do things even better and avoid repeating the same mistakes.”

The PAC has given the DfT and HS2 Ltd between three and six months to respond to its seven concerns, and says it will regularly examine how the project is progressing.