A NEW study has found annual ridership on the Houston and North Texas high-speed service is expected to reach nearly 6 million by 2029, and 13 million by 2050. The Transforming Travel in Texas study carried out by LEK Consulting and released by Texas Central also found 16 million people travelled between Houston and North Texas annually in 2017, up from 14 million in 2015. 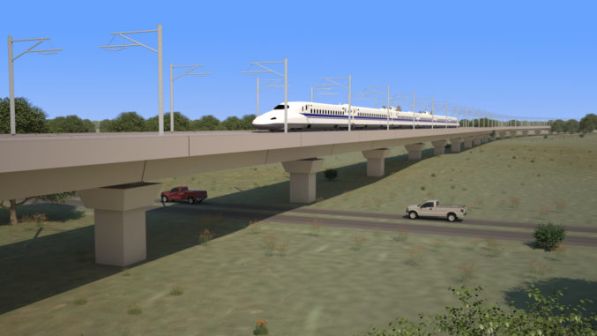 Texas Central is currently developing a Dallas - Brazos Valley - Houston high-speed line, with construction expected to begin in late 2019 or early 2020. Renfe and Adif were selected in October 2018 as strategic partners for the operation and maintenance of the 390km, 320km/h line, the same month Texas Central signed a limited notice to proceed with Salini Impregilo to serve as the lead contractor in the project’s civil construction consortium.

The study found 90% of trips between Houston and North Texas are currently made by car, with air travel making up the remainder. On average, journeys by high-speed train are expected to be at least 90 minutes faster than traveling by car and an hour faster than flying.

85% of Texans surveyed who had travelled between Greater Houston and North Texas over the past 12 months said they would use high-speed rail in the right circumstances. As many as 72% said they definitely or probably would use the service if it were available now.

Ride-hailing surveys conducted found that between 2016 and 2018, the proportion of travellers using ride-hailing services to travel to and from airports in North Texas and Houston more than doubled, with nearly 80% of travellers saying that they would use high-speed rail in the future.

The research comes as California high-speed, the only other high-speed line currently under development in the United States, has been scaled back due to spiralling costs and poor oversight, with only the section currently under construction in the Central Valley due to be completed.