TURKISH State Railways (TCDD) has awarded a €340m contract to Siemens to supply 10 more Velaro high-speed trains and to maintain them for three years. 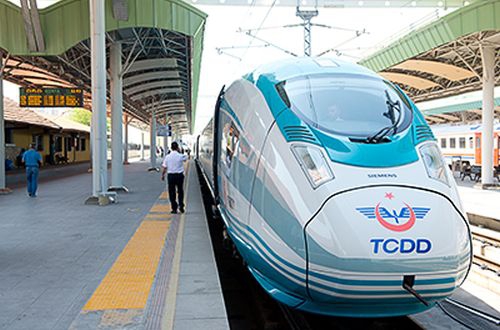 One of the seven Velaro high-speed trains currently operating in Turkey.

This latest order will increase TCDD’s fleet of 300km/h Velaro trains to 17. Siemens originally supplied a Velaro-D train that was being built for German Rail (DB) and modified it for use in Turkey. Siemens subsequently won an order from TCDD for six Velaro trains.

These trains are operating on Turkey’s first two high-speed lines radiating from Ankara to Konya and Eskişehir. TCDD is currently building two more lines, from Ankara east to Sivas and southwest to Izmir.