THE Bretagne-Pays de la Loire high-speed line moved another step closer to the start of operations at the end of January, when TGVs reached the maximum testing speed of 352km/h. 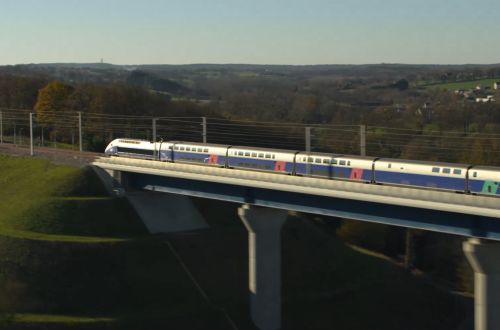 The test programme requires validation of safe operation at 352km/h, 10% above the maximum commercial operating speed of 320km/h. Testing began in November 2016 and speeds have been incrementally increased over the last two months.

During February testing will be carried out on the connections to the conventional network at Connerré, Sablé-sur-Sarthe, La Milesse and Laval.

The 182km high-speed line from Le Mans to Rennes is due to open on July 2, reducing the fastest Paris Montparnasse - Rennes journey time from 2h 4min to 1h 25min.

For extensive data on high-speed rail projects around the world subscribe to IRJ Pro.