DANISH infrastructure manager Banedanmark marked the start of tracklaying on the Copenhagen - Køge - Ringsted high-speed line on October 28, when the first 10 sleepers were lowered into position by Denmark’s transport minister Mr Hans-Christian Schmidt. 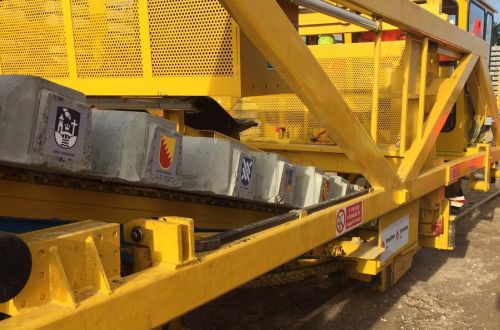 Banedanmark says most of the major earthworks and structures are now complete on the 60km line and ballasting is underway.

The line will have a maximum operating speed of 250km/h and will relieve the existing mainline through Roskilde, reducing journey times between Copenhagen and Ringsted from 59 minutes to 38 minutes.

The new railway will be equipped with ETCS Level 2 as part of Banedanmark’s national ERTMS programme.