Changes to the scope of the project and new mitigations are behind the new expected cost. 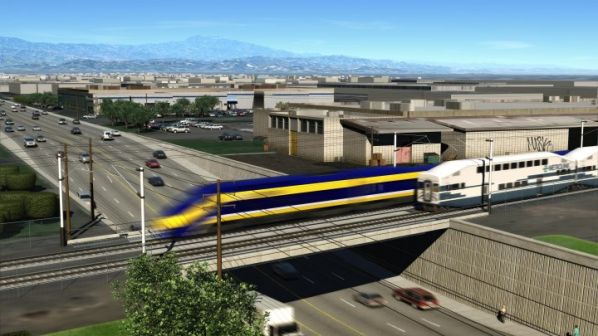 THE California High Speed Rail Authority (CHSRA) has issued its Draft 2022 Business Plan covering project progress, which reveals that cost estimates have risen from $US 100bn in 2020 to $US 105bn for the 804.6km Phase 1 section from San Francisco to Los Angeles/Anaheim.

The project was originally expected to cost approximately $US 40bn but CHSRA says the figure has changed due to scope changes and mitigations.

In the plan, released in early February, CHSRA outlined how new funding from the federal Bipartisan Infrastructure Law and California governor, Mr Gavin Newsom’s, proposed Transport Infrastructure Package, including the remaining $US 4.2bn in Proposition 1A bond funds, would allow it to:

So far, 468.3km of the 804.6km Phase 1 route has been environmentally cleared, including a 244km section between Merced and Palmdale and the 20.9km Burbank - Los Angeles section. CHSRA anticipates that another 210.8km will receive environmental clearance by mid-2022.

CHSRA says it has substantially completed all major design work for the 191.5km section between Madera and Kern counties and established a third-party task force to advance first-order utility work by resolving critical outstanding issues.

CHSRA also expects to commence procurements to advance design of the 53.1km extension north from Madera to Merced, the 30.5km extension south from Poplar Avenue to Bakersfield, and the four stations at Merced, Fresno, Kings/Tulare and Bakersfield.