BRITAIN’s secretary of state for transport Mr Chris Grayling announced in a statement to parliament on March 27 that vertical integration or a public private partnership (PPP) could be considered for the future operation and maintenance of High Speed 2, which will link London with Birmingham, Manchester and Leeds. 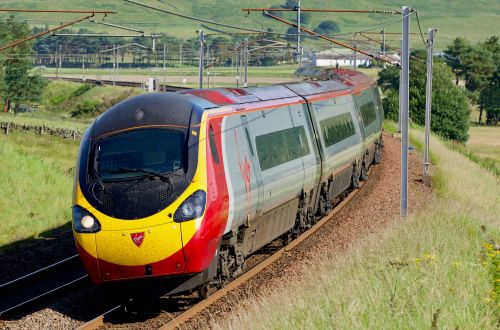 Grayling’s announcement coincides with the publication of the Invitation to Tender (ITT) for the West Coast Partnership (WCP) franchise, which will encompass both Inter-City West Coast (ICWC) services from London Euston to the West Midlands, North Wales, northwest England and Scotland via the West Coast Main Line (WCML) and shadow operations on the southern section of HS2 from London to Birmingham.

“The West Coast franchise has been very successful in recent years, with high passenger satisfaction and substantial revenue growth for the taxpayer,” Grayling says. “It is my intention that the new contract will build on this up to and including 2026. There is already a close working relationship between Network Rail and the train operator, and I intend that this should be deepened under the new contract with the new operator.

“After that, though, the way we run this railway will change. After 2026 the express services will start to move off an increasingly congested part of the existing network and onto the new HS2. Brand new and more frequent trains will provide additional capacity on faster services. Space will be freed up on the existing routes for improved services to other destinations.

“This will require a carefully managed transition, as initial services begin to Birmingham and then gradually the HS2 network provides more and more of the intercity service.”

According to the ITT, an “approach to delivering operational integration will be delivered in-life through collaboration between the WCP, the DfT, and HS2 Ltd. The ITT includes an indicative timeline (see below) for achieving greater integration of track and train, although Grayling stresses no decisions have yet been made on what form this should take.

“One option could be an integrated railway operation, akin to some Japanese high-speed lines, and in line with government strategy on bringing together track and train. It could also be structured as a PPP and there will be other options that we should explore before any final decisions are made.”

According to the ITT, ICWC services will operate until the opening of HS2 on a partial revenue risk basis, with the franchisee acting in parallel as a shadow operator preparing for the launch of HS2 services. When the high-speed line opens in 2026, the WCP franchisee will begin integrating HS2 and ICWC services, continuing to operate both until at least 2031. The DfT will retain the majority of risk on costs and revenue from the start of the integrated operator phase.

The shortlisted bidders for the franchise are:

The deadline for submission of bids is July 13, and the contract will be awarded by May 2019. The new franchise will start on September 15 2019.